Just like how the Marvel Cinematic Universe is expanding in all directions, so are the mobile games. Netmarble has just announced that its mobile RPG, Marvel Future Fight is receiving a massive update that will add new uniforms, tier level unlocks, and a giant boss raid. The update is called Avengers Forever so players can expect both new and classic members of everyone’s favourite superhero squad to show up. These heroes can also be upgraded into much stronger versions of themselves.

Marvel Future Fight’s latest update will up the customization level with loads more options to upgrade and play around with their favourite characters. Everyone’s beloved Iron Man receives the Back to Basics uniform, Black Widow will don her Golden Gate Vigilante suit, Robbie Reye’s Ghost Rider turns up the heat in his Lord of Vengeance attire, and Blade will be featured in the Vampire Slayer costume. Lots of new threads for these supers. 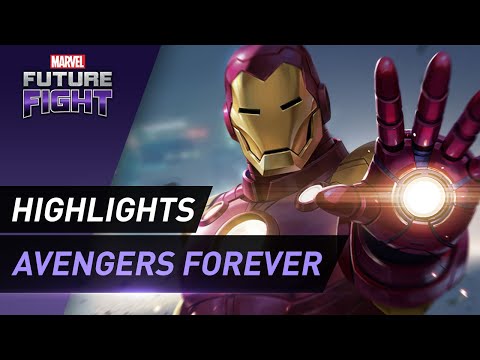 A few heroes are now capable of reaching Tier-4 status, which will bring numerous bonuses such as hero max level cap being raised to 80, max gear upgrade level bumped to 30, up to 12 levels of max potential, and the maximum skill level unlock will now be level 10. To achieve this status, certain conditions must be fulfilled and some materials must be consumed. Iron Man can be boosted to Tier-4 while Blade caps out at Tier-3 albeit, with a new Ultimate Skill.

Finally, players can enjoy a much better giant boss raid against the Ruler of the Dark Dimension, Dormammu. Lots of improvements have been made to this gameplay mode and players can now choose an advanced difficulty level. Additionally, boss raids can also be done solo now. Defeating Dormammu will unlock a horde of rewards for everyone.

If you’re interested in getting your hands on these new skins and upgrades, download Marvel Future Fight for free on the App Store and Google Play.

Also, check out the best fighting games to play on mobile!
Next Up :
Fortnite's collaboration with PAC-MAN has kicked off with new back bling and emote