Netmarble is celebrating the epic 7th anniversary of Marvel Future Fight, giving players more reasons to join in on the festivities with unique items and special in-game goodies throughout the event. The hit mobile RPG's celebrations leading up to April 30th will include a special countdown event, and players can now pre-register for the anniversary on the official website.

In Marvel Future Fight's 7th-anniversary festivities, players can expect limited-time prizes and an exciting 7th Anniversary Countdown Event from April 9th to the 29th. Eager fans who simply log into the game throughout the limited-time event can score tons of in-game goodies such as a Tier-2 Advancement Ticket, Odin's Blessing Chest, a 4-star Artifact Chest plus up to a whopping 600 Crystals. 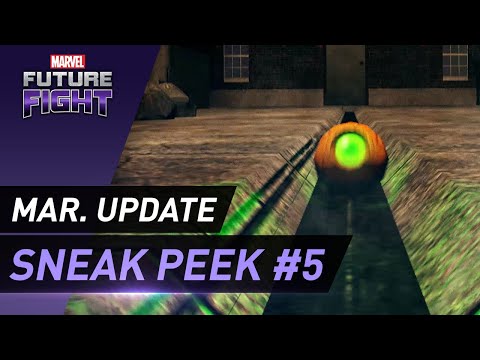 If you're eager to join in on the festivities and give the game a go before the 7th-anniversary celebrations, you can download Marvel Future Fight on the iOS App Store and on the Google Play Store for Android devices. It's a free-to-play game with in-app purchases.

You can also head on over to the official website to stay updated on all the latest developments, join the community of followers on Facebook, or have a little sneak peek at the embedded clip from YouTube above to get a feel of the upcoming festivities. There's also a little preview of exclusive costumes inspired by Spider-Man: No Way Home, which you can have a look at in the clip.

Are you on the hunt for more similar titles that will put your skills to the test on your mobile device? Why not take a gander at our list of the best RPGs for Android phones and tablets?

Next Up :
Elemental Titans is out now in Early Access, letting Android players mix and match elemental heroes in a 3D RPG