Marvel Contest of Champions introduces King of Asgard, Odin in their latest update

Kabam’s Marvel Contest of Champions has finally introduced one of the most anticipated Champions, Odin. Odin is the King of Asgard and supreme to numerous Asgardian Gods. His superpower, Odinforce possess enormous power among all the Asgardians which is why he’s the king.

The recent champion possesses plenty of powerful buffs which come into action when he uses his ultimate, Odinforce and recovers again by going into Odinsleep. Odin falls into the Cosmic character class.

Odin functions differently compared to other champions due to his unique skillsets and abilities.
The King of Asgard is equally bulky and deals tons of damage. With his abilities, he can scale his damage with his Opponent’s Max Health.

In addition, the long-awaited social feature has been added to the game. Players can now get a look at the information for upcoming events and ongoing ones, instead of running through the mail tab. 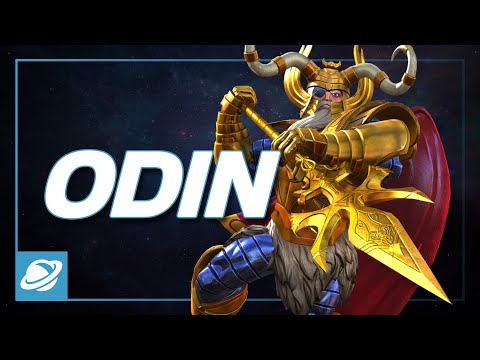 Along with that, the game will also prioritize the celebration of International Women’s Day. The event will feature six bosses and the player has to use his creativity to complete the challenge and claim the rewards

Angela, Hood, Civil Warrior, and Masacre have now received new looks for the champions spotlight and will be coming in the near future with other minor additions and fixes.

With the above additions of new content and a whole new Champion, the devs have also fixed numerous bugs along with the improvement of present content. If you want to take a look at all the details in the latest patch, head on over to the game's official website.

Marvel Contest of Champions is now available on Google Play Store and iOS App Store. It is a free-to-play game with in-app purchases.

Fancy playing some fun fighting games on your phone? Here are 25 of our favourites for iPhone & iPad
Next Up :
Summoners War Chronicles gets an official release date for Korea