Both characters arriving this month

We've known for a while now that Marvel Contest of Champions' latest fighters would be supervillain Mojo and his archenemy Longshot. They're set to arrive this month, and a new story trailer released today sheds some light on Mojo's troubling rise to power.

He's not best pleased to learn that the Contest of Champions is, in his words, "rigged, fixed, manipulated, gerrymandered". How's that, then? Well, he doesn't believe there should be any background balancing to make a fight between "powerful cosmic entities and even the most normal humans" a little fairer. 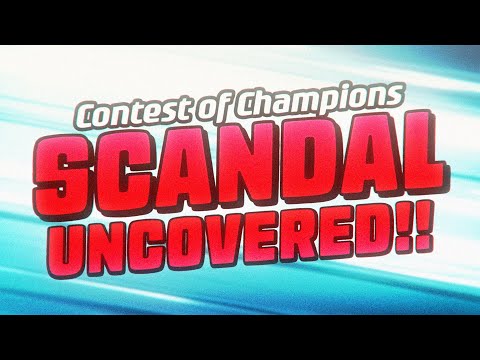 He then goes on to question whether the whole contest is just "an elaborate reality show", before teasing the imminent arrival of Longshot. It's a fun little motion comic that I'm sure those invested in the game's, and Marvel's, lore will appreciate.

As someone who isn't overly invested in Contest of Champions, I'm still drawn in whenever a new trailer pops up on its YouTube channel. The Rise of the Devourer tease from back in December comes to mind as one of the best yet.

If you're yet to give it a go, it's a fighting game with an extensive roster of Marvel heroes and villains to collect. It's slick, well-presented, and enjoyable to pick and play on the go; and with over 100 million downloads on Google Play alone, it's clearly one of the most popular Marvel games on mobile.

The game's most recent event kicked off yesterday and is set to run until February 14th. With it being a Valentine's Day event, you'll be able to purchase the Shattered Heart Crystal Bundle, which contains a bunch of useful items.

Those looking to get involved will find Marvel Contest of Champions available now for download as a free-to-play title from both the App Store and Google Play.

Looking for your next RPG fix? Here are 25 of the best on iPhone and iPad
Next Up :
DYSMANTLE is a post-apocalyptic RPG where you need to destroy everything to survive, out now on iOS