Marvel Contest of Champions' latest fighters set to enter the fray are Sasquatch and Guardian. To celebrate their arrival, a new motion comic named Hooray for Canada has been released over on the game's official YouTube Channel.

It retains the same tongue-in-cheek tone present in many of the earlier motion comics, and it shows off some of Marvel's most famous Canadians, including Wolverine, Sabretooth, Guardian, and Sasquatch. 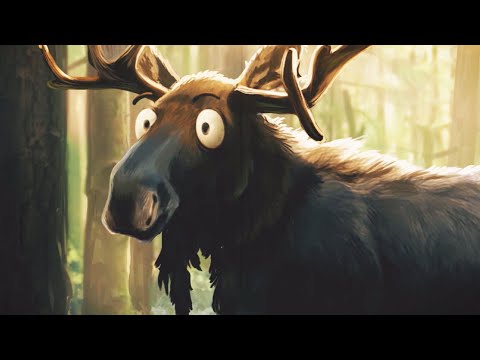 Guardian, otherwise known as James Hudson, was a petrochemical engineer who went on to become the founding member of Canada's Alpha Flight, an elite team of superhumans. In combat, he uses a powerful force field to buff his defence and absorb any special attacks that may be thrown his way. The force field soaks up the damage which can then be released on his unsuspecting foes. Here's Guardian's full spotlight.

Sasquatch was once a doctor named Walter Langkowski who attempted to turn himself into a Hulk-like creature through the use of gamma radiation. This opened a strange gateway to the Realm of the Beasts, which allowed a strange creature known as Tanaraq to hop into our world and possess poor Walter, turning him into the monstrous Sasquatch. He's said to be "the definition of a tank", offering a sizeable health pool and plenty of handy buffs. Again, his full spotlight can be seen here.

Beyond the characters, you'll have the chance to participate in 4 new quests spread out over the next month. Expeditions have also been tweaked to have reduced paths and a new limited-time difficulty option. Though with the added challenge comes improved rewards, including 6-Star Shards and Tier 5 Class Catalyst Fragments.

If you're a Marvel fan in the market for a solid mobile fighter, you'll find Marvel Contest of Champions available for download now as a free-to-play game from over on the App Store and Google Play.

Hunting for some top-tier fighting games? Here are 25 of the best for iPhone & iPad
Next Up :
UNO! Mobile launches esports tournament with a solid gold UNO card up for grabs