Kabam Games has released a new update for its mobile action strategy game Marvel Contest of Champions, adding a new champion to the game as well as a new motion comic called Bloodlines. The update for the game is available now for iOS and Android devices.

The Overseer is a brand new character added to Marvel Contest of Champions. He’s a younger version of Maestro from an alternate reality who has just started his conquering career. He isn’t as villainous as his main universe counterpart, but not exactly noble either. 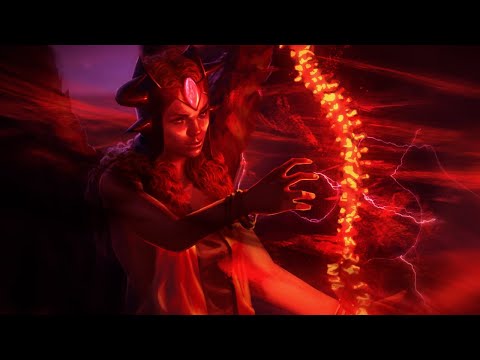 Overseer uses Captain America’s shield for defense and the Silver Surfer board as a giant cleaver. His most powerful weapon, however, is a copy of the Infinity Gauntlet that holds the Cosmic Cube which he can use to travel through the Battlerealm.

A more in-depth look at Overseer’s moves and abilities can be found on the Marvel Contest of Champions website, which also details other things such as bug fixes, balance updates, and more.

Meanwhile, digital artist Kevin Wada has also teamed up with Kabam to create an exclusive art piece for Marvel Contest of Champions in celebration of Pride. Check out the piece of Iceman from X-Men below, who is gay in the comic book series.

Marvel Contest of Champions is the action strategy game from Kabam where you assemble a team of Super Heroes & Villains and begin your quest to become the ultimate Marvel champion. During the game you must compete in arenas, team up with fellow summoners, and battle with your Alliance to earn exclusive rewards.

Be sure to check out Marvel Contest of Champions by downloading it from the iOS App Store and the Google Play for Android store. It’s a free to play game with in-app purchases.

Check out some of our favourite strategy games on Android.
Next Up :
Runestrike is a stunning mythology-themed card collecting strategy game out now on iOS and Android