Kabam has announced new additions to the lineup of Champions in Marvel Contest of Champions, letting players experience Captain Britain and Omega Sentinel in an exciting new way in the hit mobile fighting game. The Grandmaster and Captain Britain are holding a tournament to determine the leader of warring mutant factions, and as premiered in The Last Word, these two new Champions are joining the fray to add to the narrative.

In the latest update for Marvel Contest of Champions, the mutants of Krakoa, Clan Akkaba, and The Brotherhood of Mutants are fighting for leadership of The Battlerealm, but what happens when a malevolent force - a mutant-hunter - arrives to stir things up? 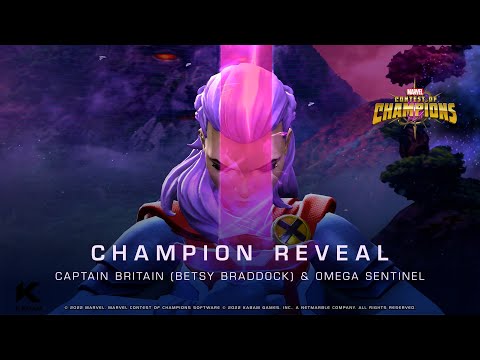 Other updates include Act 7, Chapter 4: Kangdom Come in the main narrative, as well as a Daily Class Catalyst Quest Update. Players can also enjoy Carina’s Challenges Solo Objectives where Summoners can only use limited Champion pools to clear challenges for special rewards.

If you're eager to experience tons of other new content, bug fixes and more, you can download Marvel Contest of Champions on the Google Play Store for Android devices and on the iOS App Store. It's a free-to-play game with in-app purchases. You can join the community of followers on the official Twitter page to stay updated on all the latest developments, or visit the patch notes on the official website for full details on the latest update. You can have a look at the embedded trailer above to get a feel of the new Champions and the unfolding narrative as well.

Are you on the lookout for more action-packed titles that will put your fighting skills to the ultimate test on your mobile device? Why not take a gander at our list of the top 25 best fighting games for Android phones and tablets?

Next Up :
Valkyrie Rush is Com2uS' new collectible idle RPG that's out now on iOS and Android