Idle RPGs often tend to be lackluster in terms of gameplay and narrative, shifting all the attention towards the “idle” aspect of the game. That is not the case with Magnum Quest, though.

Magnum Quest is a stunning 3D strategic RPG with idle elements, and the latest update perfectly showcases that.

With new game modes added to the game, players will have the ability to test their bravest formations in the new and highly anticipated arena, Battlefield of Gods. A number of new events have also been added for a limited time, and players can explore them in order to claim amazing rewards, including Heroes and Dragonshards. 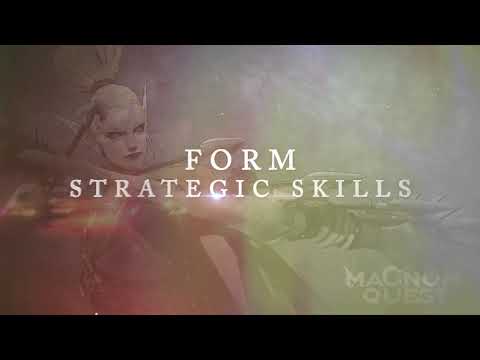 What to expect from Battlefield of Gods

PvP is a big aspect of Magnum Quest, and the highest scale of PvP is naturally a cross-server arena, that will test the might of the best players on each server. 64 of the players who participated in the floating city ladder will be split into 8 teams to represent their own server.

However, only players who own 5 Legendary heroes will be eligible to compete. That ensures a fair match based on skill and strategy alone.

Along with the latest updates, a number of new game modes and instances have been added, and they’re waiting for players to conquer them using their best possible heroes. Talk about heroes, a number of them have received a massive buff - not an in-game power buff, but rather a character update.

Talented voice actors have lent their voices to some beloved heroes, such as Ares, voiced by Fred Tatasciore, Sur, voiced by Julie Nathanson and Lycidas, voiced by Matthew Mercer.

With all the novel game modes and events, the meta has also taken a step in a different direction. Heroes that used to be top tier will still prevail, such as Ares, but in addition to those, a new character has also appeared to break into the ranks and show her worth - Lycidas.

Players can use the following heroes for pretty much anything, from PvE to PvP and anything in between. They have a powerful kit that can benefit either the team or the hero itself. It’s recommended that you try and upgrade them as much as possible, since they’re never going to disappoint.

A-tier heroes are either decent picks overall, or S+ tier depending on the situation. For instance, when it comes to Feng and Hista, they can really shine in single target boss battles, even though they aren’t top-tier for PvE (due to a lack of AoE damage). You can’t go wrong investing resources and upgrading these heroes.

In the B tier you can find the average heroes in Magnum Quest. They aren’t exactly worth making a priority for the late game, but in the early game they can be decent until you acquire something better to swap.

Close to the bottom of the tier list are the following heroes. They could be used at the very start of the game, but sadly their skills won’t benefit any player in the long run. Therefore, they should be low priority in terms of upgrades.

The following heroes are not worth the time and resources, since chances are you’ll never get around to using them.

Magnum Quest is free-to-play and available to download from the App Store and Google Play.

What's A Preferred Partner Feature?
From time to time Steel Media offers companies and organisations the opportunity to partner with us on specially commissioned articles on subjects we think are of interest to our readers. For more information about how we work with commercial partners, please read our Sponsorship Editorial Independence Policy.
If you're interested in becoming a Preferred Partner please click here.
Next Up :
All Star Tower Defense tier list - Best characters in December 2022