JL Apps has released Lungo, a minimalist puzzle game that is out now for iOS and Android devices.

It’s a puzzle game that thoroughly tests your logical thinking, where your goal is to drag yellow lines on the game board while also adhering to three simple rules: the lines cannot overlap, they must cover all the grey dots, and each line has to reach the length given by the corresponding number.

You’ll be taught these rules through an intuitive tutorial at the start of the game. It consists of four difficulty levels so you’ll be able to get to grips with the game depending on whether you’re a beginner logician or an expert.

There are over 500 levels to solve, which makes the game suitable for short breaks as well as an ongoing exercise to keep your brain on the roll. 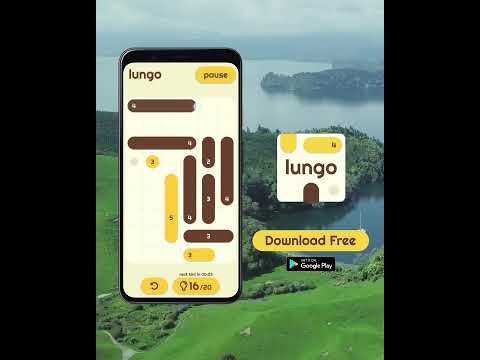 Lungo also promises that while the puzzles look simple and minimalistic, they can actually be extremely challenging and will be a true test of your thinking skills. But after you get to know how the game works, your brain will start to get better and faster at solving these stages.

It’s not an unforgiving game though. If you get really stuck, there are hints available that may help you through some of Lungo’s trickier moments.

It’s also a completely offline game, not requiring any network connection. JL Apps also says the game doesn’t have any adverts, but this appears to only be the case on the iOS version.

If you want to check it out for yourself, you can download Lungo from the iOS App Store and the Google Play for Android store, where it is a free to play title with in-app purchases and adverts appearing on the Android version.

Read about some of our favourite puzzle games on iOS.
Next Up :
Mission Zero drops three new character trailers ahead of technical test