Lost Light, NetEase's survival shooter is finally out on Android and iOS

After over a year of running tests, NetEase Games has launched its survival shooter Lost Light on PC and mobile. It has been quite popular during its betas as it was downloaded over four million times and held a position in the Top 30 New Games on multiple occasions.

Lost Light takes place in a post-apocalyptic world set in the 2040s, where the world was destroyed due to a pheromone outbreak. Those who survived had to build shelters below the ground, which eventually led to the development of the Firefly Project. Players will become part of this Firefly Force in the perilous zone where they will have to find a way to survive.

The game aims to carve a new path rather than following the classic battle royale template with a "survival in the match and progression outside the match" mechanism. This will change the gameplay, making it more realistic. The core of the game is to escape from the exclusion zone which has to be done by survival and warfighting. The higher the risk, the higher the reward. 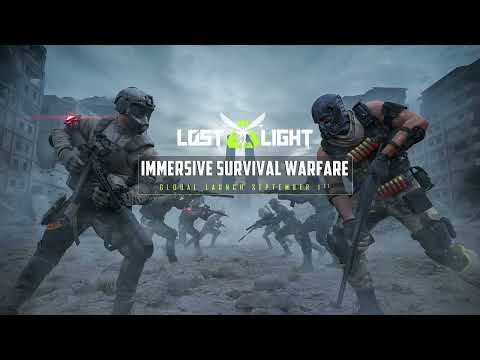 To achieve this objective, players will have to employ many tactics. Different situations call for different plays. Sometimes players may have to outflank the enemy, while other times, a frontal assault is required. Enemies may need to be executed or even rescued in certain circumstances. Besides this, the guns are highly customizable as well thanks to the firearm modifications system.

Lost Light is all about exploring the unending possibilities of completing the mission. Players will scour the zone for resources, food, and other supplies that can also be sold later on for a profit. Plus, with the availability of full cross-play, you can play with your friends anytime, anywhere, and on any platform. Four players can hop in together to wreak havoc in the exclusion zone.

Start planning your escape by downloading Lost Light for free by tapping on the links below.

Also, check out this list of the best survival games to play on mobile!
Download now!
Lost Light

Next Up :
Pokemon Go's Psychic Spectacular event is back with Mega Alakazam, Deoxys, and more

Lost Light - Guide to the best weapons and their stats