Foster and Family Games has announced the upcoming launch of Loose Nozzles, the father-and-son dev team's wacky 2D arcade flight game. Landing on both iOS and Android devices on August 16th, the game lets players engage in physics-based gameplay as they try to save humans stuck in the outer edges of space.

In Loose Nozzles, players can expect classic arcade mechanics embellished with a charming hand-drawn art style. Veteran designer Chris Foster took inspiration from his then-five-year-old son's ideas (and actual illustrations) to craft an experience for players where they'll have to navigate mazes limited only by two thruster buttons. The sound effects are orchestrated by the two Fosters themselves, adding to the charm of the game.

“Learning new things can be scary, and I decided to run towards my fears. That meant building a game on my own and learning how to do everything," says Chris. "I never wanted this to feel like work for Ian, and I already HAD work to feel like work, so we kept things light, and took our time." 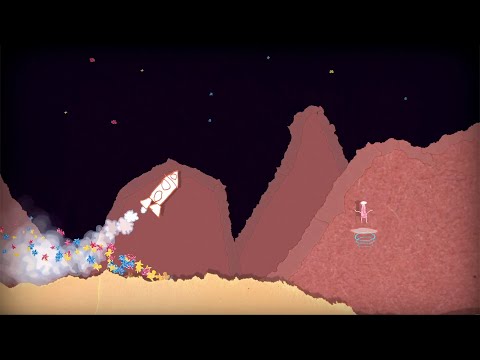 If you're eager to give the game a go, Loose Nozzles will soon be available to download Google Play Store for Android devices and on the iOS App Store this August 16th. It's a free-to-play game with in-app purchases. You can also visit the official website for more info, join the community of fans on Twitter to stay updated on all the latest developments, or have a look at the embedded clip above to get a feel of the game's visuals, mechanics and hilarity.

Are you on the lookout for more similar titles that will put your skills to the test on your mobile device? Why not take a gander at our list of the top 15 best arcade games for Android phones and tablets?