Light the Fires is the first game from Dead Five, a studio recently created by a team of five (living) developers who have collectively worked on over a hundred games.

A series of puzzles based around fire and ignition, Light the Fires uses the 'micro movement' style recently popularised by the emerging hypercasual genre to create an interesting, well-rounded game. What its rather simple title doesn't explain is that you'll be blasting through walls and objects in order to clear a path for the flame, or using it to ignite moving objects, in order to reach your goal.

As with many mobile games, it's all very tactile, however, the drag and drop mechanics that have been used really work well with the simple appearance of the game. It certainly impressed the judges at our October 2020 Big Indie Pitch, where it won the Gold Prize ahead of all of the other entrants. 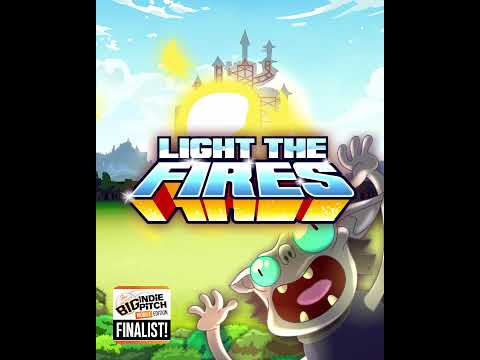 Light The Fires is scheduled for release in early-2021 and is currently beta testing in selected local markets - naturally, we'll keep you up to speed as more regions are added.

“We’re delighted to have been named as one of the winners of the Big Indie Pitch,” said Chris Kempt. “We founded Dead Five earlier this year off the back of one simple thought: ‘we like hypercasual games, but it would be nice if they were prettier… and maybe a bit more fun’. We hope we’ve achieved that with Light The Fires, and we’re delighted that the judges of the Big Indie Pitch agree. This was the first public outing for the game, so it’s great that our secret work over the past few months has been recognised.”

As well as Light The Fires, Dead Fire are not wasting time before starting their next project. They currently have four titles closing on beta, including Light The Fires, all of which are expected to launch over the next six months.

Head to the PocketGamer LaunchPad hub to find all of our exclusive announcements from our three-day event
Next Up :
Gordon Ramsay’s Chef Blast tasks players with renovating a run-down kitchen in the latest Kitchen Makeover update