LifeAfter’s Season 4: The 2nd Outbreak continues to rage, leaving survivors without a moment to breathe. While the Desperate Defence may have ended, an even greater threat looms in the Doomsday World. The new season introduced a two weeklong gameplay mode titled Battle for Survival. It is time to conclude that event.

We enter the second stage of the Battle for Survival – the Mass Crisis. November 8th saw a Super-Dimensional Atom drop from the sky, which brought zero gravity to the Doomsday World for the first time. This eerie Black Orb phenomenon has unknown origins but everything will come to light when the final stage begins on November 20th.

This new game mode is an all-encompassing one. The event takes place between 8:00 and 8:30 pm every day and the entire server will join forces and drive the progress by completing challenges, going to key battles, and helping various factions. Mass Crisis brings airborne threats to provide a greater challenge for survivors. The Federation has located evolving biological weapons in numerous places. Your enemies are evolving.

New varieties of Infected have made their way to the Super-Dimensional Atom with millions of zombies attacking the base. The three factions have also found that a correlation exists between this massive atom and three other atoms, which The Federation destroyed when they installed the Gravity Enhancer. 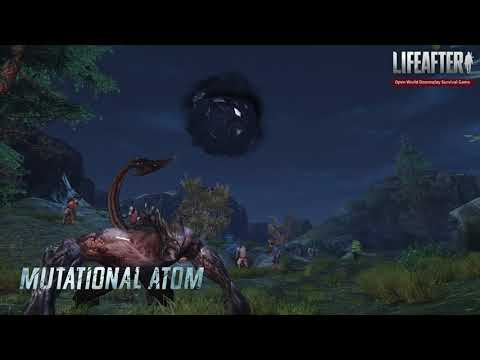 Everything is leading to the ending battle. These atoms are creating novel gameplay experiences for players. The Gravitational Atom has the power of gravitation distortion, pulling survivors to the centre and causing damage, the Mutational Atom which can summon Infected and poison survivors, and the Solidifying Atom that summons black orbs to emit rays in order to shield itself. The Super-Dimensional Atom itself has mutated the Infected in Mouth Swamp, causing black crystals to grow out of their body. New types of Infected include the Swamp Water Bear, Disguiser, Glider, Predator, and Hibernator.

The factions have a lot of work to do. Scientia is installing a measuring device to record gravitational shifts; Revenant is collecting information by catching Infected and Imperium is attacking the shield to gather data.

It all begins at 8:00 pm on November 20th with immense rewards to be won. Join forces in The Ending Battle by downloading LifeAfter on the App Store and Google Play.

Also, check out the top survival games to play on mobile!
Next Up :
Just Cause Mobile has soft-launched in Singapore and Malaysia on Android

LifeAfter's Godzilla vs Kong crossover is returning for one last time

LifeAfter’s Season 4: 2nd Outbreak is launching next month for Android and iOS