LifeAfter announces a new camp, Fight for Home, where players must battle a horde of infected creatures and ensure their survival. NetEase’s award-winning post-apocalyptic title will begin the new camp on May 6th.

Regarding the new content update that features the new camp, players have to protect themselves and their surroundings by defending the walls. As the walls are your only hope of survival, work in teams to guard and fight back the enemies before they reach the boundary.

There are multiple powerful weapons to use such as Fixed Cannons at the top of the wall and Throwables to prevent them from reaching them. It’s found that the throwables scare the Infected and damages them effectively, but make sure to utilize them properly as you might run out of stocks. 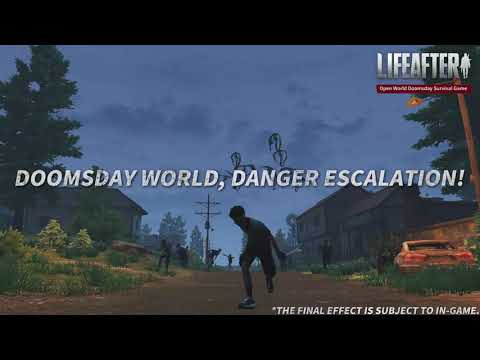 In the new update, the camp has been optimized to enhance the gameplay. The Island has also been removed from the map, which allows all the human groups to settle together, behind the protective walls.

The previous location of The Double Foundation on the Levin City Outskirts has now been shifted to the Central Garden Villa District and the looks of it have been improved. The game also enhances the cohabitation experience by allowing normal Manors to merge. New gameplay content that includes Patrol content has also been added in the content update which undoubtedly amplifies the gameplay experience.

The in-camp guide is now added to help the new players get started quickly enough. And if you are looking for some extra activities after joining the Camp, participate in Fishing, Camp Patrolling and Camp Shooting Practice, which also includes some rewards.

On the hunt for some high-quality RPGs to play on your phone? Well, here are 25 of the very best for iPhone & iPad
Next Up :
Dead Cells mobile version finally receives all of the current content in the latest update