While details on the game are quite scarce right now, having only the official announcement and some very vague teaser images, we do know it will be based on the anime. The anime is a sprawling interstellar story set in the distant future where two interstellar states are at war with one another, the Galactic Empire and the Free Planets Alliance. 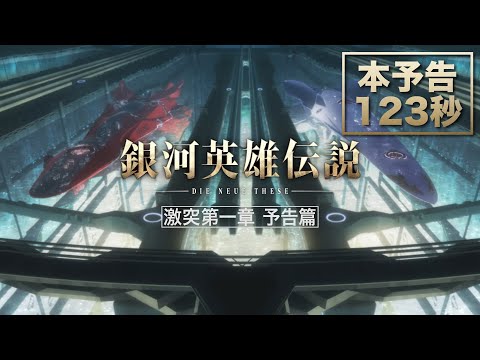 The details we do know are that the players will take on the role of commander with the end goal of total galactic unification, which is in line with the goals of one of the protagonists in the series. It will also be free-to-play as well as an anime tie-in, so it is a relatively safe bet we may see a gacha mechanic thrown in there as well.

It’s tough to speculate exactly what part of the anime might be considered for the game, as it is a very long-running series, and not particularly action-packed when compared to other contemporaries. Instead, Legend of the Galactic Heroes is actually quite a political drama, full of commentaries on war and the consequences of such a thing. Given how character-driven and dialogue-heavy the series is, it might not be too much of a stretch to guess that the title may also include quite a heavy portion of visual novel mechanics as well.

With no official release date just yet, Die Neue Saga is expected to have a Japan-only release, to begin with, and perhaps might expand to global markets from there. While we wait for details, however, you can check out details about the anime and the official teaser website in the meantime.

Looking for more anime-inspired mobile games? Check out our Top 25 best JRPGs for iPhone and iPad!
Next Up :
Pokemon Go offers look at the content roadmap for early 2022