Nearly a decade ago, a small flash game called Lazy Thief was released, developed by Antony Lavelle. It was a physics-based puzzler in which you took on the role of the titular Lazy Thief who learned he could steal jewels simply by throwing objects at them and making them fall to him. So, you’d control the throw, and do it in such a way that the falling jewel would then fall down the puzzle and onto you.

A call to games like Cut The Rope or Spider Jack, this leads to a pretty engaging little puzzle romp that’ll have you figuring out how best to arc your throws to make the jewel fall to you in the shortest and easiest path possible. While it’s not breaking any moulds in a massive way, it is still an excellent version of the relatively popular puzzle games of this type that can be found all over the mobile market. 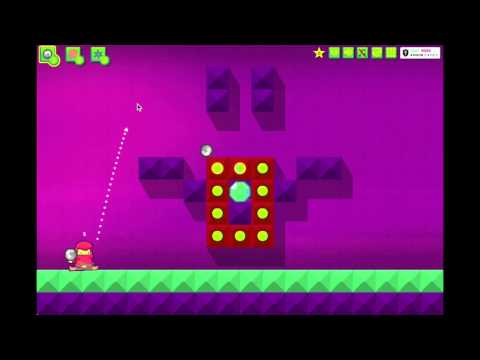 And now, after eight years, this little flash puzzler is coming to both PC as a relaunch and to mobile. If you, like me, were disappointed to see Flash Player shut down alongside a lot of tiny projects that many people played all throughout their childhood like this that also may have not gotten to see the light of day ever again, this is wonderful news purely from that perspective, let alone how much fun Lazy Thief is by itself.

If you’re looking to give it a shot and figure out why an eight-year-old project like this was worth returning to, you can check it out completely for free on the App Store and Google Play, so get out there and start throwing stuff until it works.

Looking for more brain-scratching puzzlers to test your logic on? Check out our Top 25 best on iOS!
Next Up :
Stickman Awakens is the next RPG set after League of Stickman II, coming soon to mobile