Law Empire Tycoon is an idle game that lets you run a law firm; the game is now live on Android and iOS

I am a massive fan of Codigames. They probably develop the most fun idle games that you can play for months and months without getting bored. This time they have released Law Empire Tycoon that lets you run a law firm. The game has just been released globally and is now available to download on both Android and iOS.

If you have previously played other titles published by Codigames, such as Idle Supermarket Tycoon or Prison Empire Tycoon, you probably already have a good idea of what to expect from Law Empire Tycoon.

Law Empire Tycoon is an idle game that lets you manage and run your own law firm and become a renowned attorney. You start the game with a small law firm and work at solving legal issues for your clients, generating cash and upgrading your firm. You get to hire and fire lawyers, upgrade infrastructure, upgrade vaults to store your earnings, and much more.

If you are all set to solve legal disputes from traffic tickets, divorce to scams, then give Law Empire tycoon a try. The game is a perfect fit for casual gamers, especially for those who love management games. 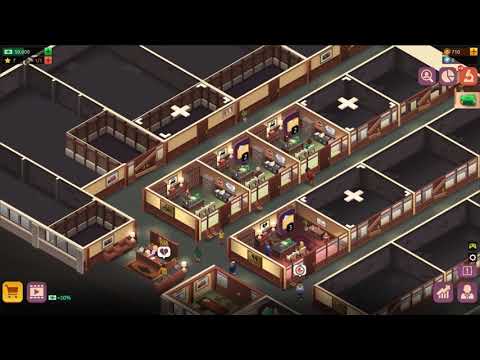 Law Empire tycoon was in the pre-registration phase for a couple of months. Codigames has just released the game worldwide today. Players can now download Law Empire Tycoon from Google Play or App Store.

We will soon be publishing an in-depth beginner's guide for the Law Empire Tycoon. So you better stay tuned with us.

Looking for more idle games? Check out our list of the Top 10 best idle games on Android.
Next Up :
Harry Potter: Puzzles & Spells welcomes the Yule Ball with special rewards and an unlockable Epic Yeti