Switch
| Kotodama: The 7 Mysteries of Fujisawa

One look at Kotodama: The 7 Mysteries of Fujisawa, and you'll get an intense burst of that same HuniePop energy. It's a visual novel crossed with a match-3 game, and you're getting people naked through the power of your puzzle-solving.

It's incredibly stupid, silly, and strange, but there's a dark side to it as well if you stay around to find it. This is a game that rewards you for sticking with it, even if it can be a bit of a grind at times.

Kotodama sees your character, a faceless newbie at Fujisawa Academy, getting swept up in the titular 7 Mysteries, a collection of tall tales plaguing the campus which all have a hint of truth to them. 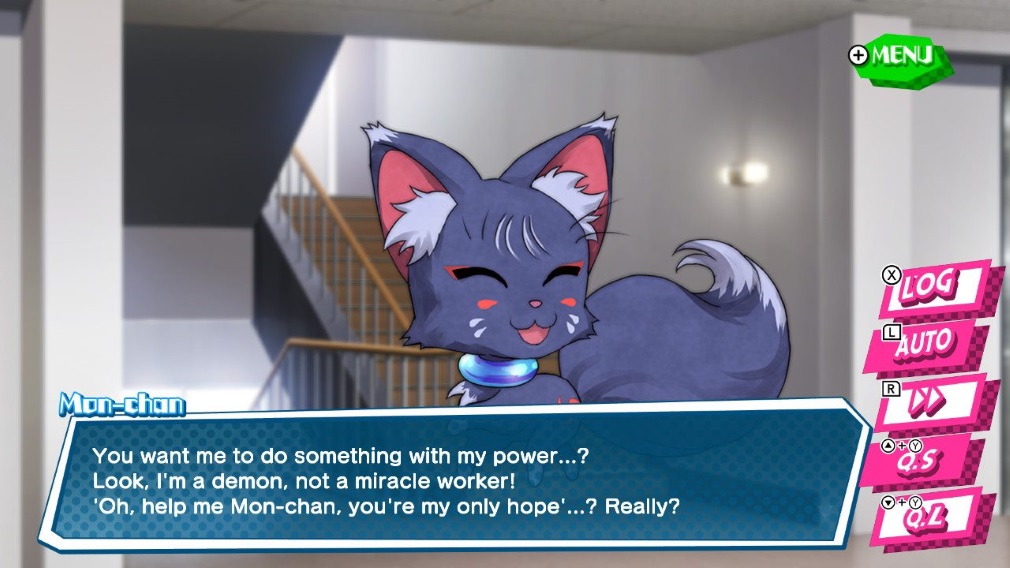 You need to chat with people, uncover clues, and eventually confront each chapter's antagonist by literally stripping them naked (in your mind, thank God) so they'll uncover the truth to you.

There's some awkward tonal shifts here and there - you jump from animal abuse to violin practice to suicide so fast you'll get whiplash - but if you at least expect a certain level of darkness within, you're unlikely to feel completely thrown out of the narrative when the shifts occur.

Perhaps recognising how dumb the script truly is, the game rams through it at breakneck speed, with each chapter lasting no more than about ten to fifteen minutes apiece.

There's occasional choices to make in the dialogue, but for the most part you're being dragged along from mystery to mystery, stopping only to (mentally) remove some clothes.

The match-3 puzzle segments are pretty straight-forward, but offer a neat twist on the usual formula. You can't switch orbs at will, instead shoving them to the top of their column, with an eye to pushing other orbs down and making a line of three or more.

Each successful move fills up a "happy" meter, and causes the guy or girl you're interrogating to moan orgasmically, because nothing is sacred in this world and this is what you people want.

Fill the happy meter up enough and you'll start to strip your opponent, though there's no full-on nudity here. Instead, you'll briefly see them in their briefs, there's a close up on their shoulders when you win, and you're back in the real world.

It's all a little lacking, to be honest, but there's enough intrigue in the story to keep you coming back for more, and the puzzle sections get a little easier as you level up your orbs during the visual novel segments.

The storyline also seriously gets super weird right around where you think it's going to end, and without spoiling too much, there's far more going on than first meets the eye.

There are some pretty glaring issues, however. Chiefly, there's no autosave, and failing a match-3 section sends you right back to the title screen. Didn't save? Congrats! You just lost everything. 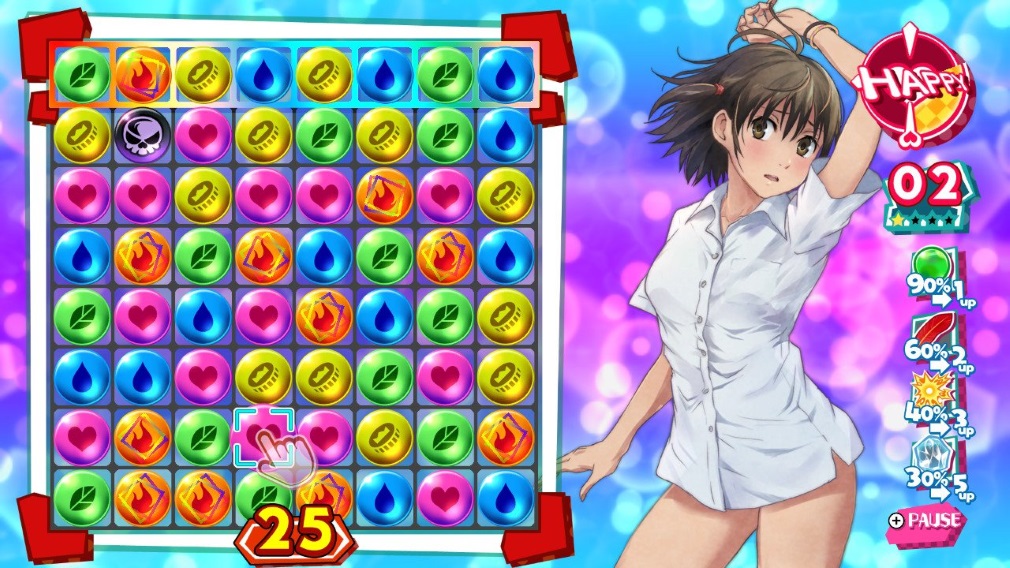 And even if you do remember to save, sometimes your entire save file gets corrupted, so what the hell was the point in anything anyway? Thanks, game.

There are a few grammatical errors dotted throughout the text to boot, and some sentences straight up don't make sense in their given context, which can spoil the experience at times.

Down to your soul

But overall, if you're a visual novel fan with a penchant for match-3 puzzlers, then Kotodama is likely to scratch both of those itches.

Yes, it's another ridiculous visual novel with teenagers in school uniforms getting their kit off, and yes, its lack of an autosave can (and will) destroy your runs at the worst times when you lose focus on a puzzle section.

But there's nothing offensively wrong with Kotodama. It's a bit of light frivolity mixed with some messed-up storylines, and you're not going to come away disappointed from it.

Kotodama: The 7 Mysteries of Fujisawa is going to appeal to a very niche audience, but if you fit into that category, you're probably going to have a good time here
Next Up :
Netflix Oxenfree review - "Reading the signals of a thriller story"