Knight’s Raid: Lost Skytopia will see players step into the world of Karlmoss, for an adventure filled with fantasies, mysterious stories, and undiscovered treasures. On their quest to save the fractured Skytopia, players will then have to assemble their strongest team consisting of heroes of various races and classes to take on other monsters and emerge victorious to gain rewards and protect their honour.

Knight’s Raid: Lost Skytopia will provide gamers with a casual and idle gameplay experience. The game will include several events for players to complete, while EXP and rewards can be attained even while offline as well. A vast array of over 100 heroes of different races and classes will be available for the players to select. The heroes in the game will also have their background stories that connect to the main story.

Knight’s Raid: Lost Skytopia will pit players against each other in competitive PvP modes, where titles and honours will be up for grabs. The Strategic battles in the game will require players to deploy 10 heroes simultaneously along with the right tactics to claim victory.

Other prominent features of the game will be the presence of intriguing mazes and dungeons, mysterious events during exploration to gain rewards, and several free gifts for all players. 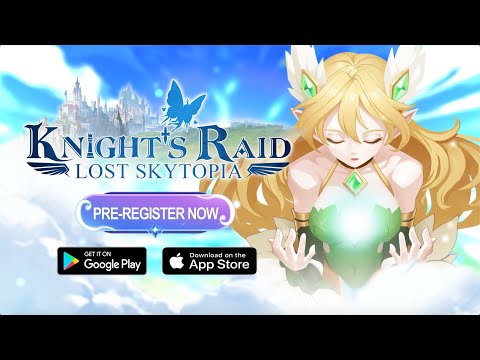 Knight’s Raid: Lost Skytopia promises great idle gameplay alongside exciting rewards and gifts. The vast number of selection options for heroes and the need to use the right strategies and recruitments for battles enhance the experience of the game so much from a creative and challenging point of view.

Knight's Raid: Lost Skytopia is available to download from Google Play. The iOS version of the game is yet to be released. However, players can directly play the game on the web on the game's official website.

Interested in more RPGs? Check out our list of the Top 25 best RPGs for Android phones and tablets phones and tablets.
Next Up :
DRAGON QUEST The Adventure of Dai can be pre-downloaded ahead of its global release