Kingdom: The Blood, an adaptation of the Netflix K-Drama releases new gameplay trailer

Action Square has been working on a multiplayer action RPG for mobile called Kingdom: The Blood for a while now. It is an adaptation of the horror Netflix K-Drama series called Kingdom. The series, which currently has two seasons takes place three years after the Imjin War, where Crown Prince Lee Chang accidentally discovers a bizarre plague that is capable of reviving the dead. It was also a time of political turmoil in the Joseon Dynasty and the show focuses on Lee Chang trying to save his people from the deadly outbreak, while also dealing with all the dirty politics.

Kingdom: The Blood tries to stay true to the show as well, bringing back iconic characters, zombies, and all the crazy action in eye-popping 3D graphics. The influence of the Korean culture will be heavily seen in the game as well, as Action Square has tried to imbibe the culture and aesthetic to the best of its ability. All motion capture was done by professional Korean sword dancers to ensure that the combat is of the highest quality. The beauty of it all can be seen in the newly released gameplay trailer below. 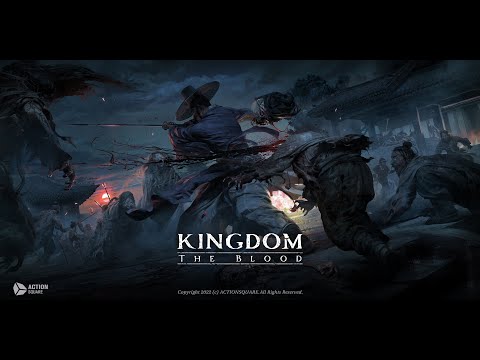 While the story follows that of the k-drama, there is still room for customization as players will be able to create their own character with a unique personality. They will be able to put on traditional costumes like the Hanbok with colours and textures that are based on 16th century Korea. Players will tour gorgeous Korean palaces and battle zombies in the terrorized city of Hanyang.

Finally, on the gameplay side of things, players will be able to take part in multiple game modes like a Conquest mode that features five-minute battles alongside action-packed PvP combat and multi-boss battles. More details on the gameplay and a release date for Kingdom: The Blood should be available soon.

Until then, check out this list of the best RPGs to play on mobile!
Next Up :
Rise of Firstborn launches massive update that adds "The Phantom World" content into the MMORTS and more