ZeptoLabs has rolled out the first major update for its multiplayer loot-robbing game King of Thieves.

It pits two guilds with similar ratings against each other in competitions to steal the most gems from each other.

These battles run on a three-day cycle. But the crown doesn't just go to the better team. You see, the most active players of the winning party will be awarded with in-game currency, too.

According to ZeptoLab's creative director, Semyon Voinov, these guild battles are "only the beginning" to how the studio plans to expand upon the game. 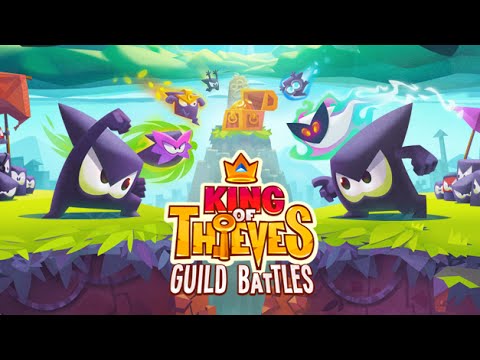 Hopefully, these content updates will move King of Thieves close to the game it has the potential to be.

As we noted in our review, "there's a great game here, but it gets a little lost in translation."

If you haven't yet, you can download King of Thieves for free on Google Play and the App Store.

Out at midnight: Steal gold from other players in King of Thieves by the Cut the Rope creators

PvP platformer King of Thieves headed to iOS next week

ZeptoLab announces King of Thieves, a mix of platforming and tower defense