Kaiju Attack, a match and merge game with strategy elements, is launching next week on iOS devices

A new game from the studio that brought you the relatively popular Tower of Fortune series, Game Stew, is on the horizon. Kaiju Attack is the studio's next venture and will be released on February 17th on iOS. It is described as a puzzle game with strategy elements and sees you defending 8 different countries against 8 different gigantic monsters inspired by old Kaiju movies. These creatures, in case you aren't familiar with the primarily Japanese genre of film, are usually things like a massive octopus creature, a giant robot, things of that nature. In Kaiju Attack, you will use a variety of weaponry to defend against these monsters, including a Frozen Tank, a Rail Gun, and more.

The actual gameplay of Kaiju Attack, which you can take a closer look at in the trailer below, is heavily inspired by games like Threes! or Triple Town. This means you will be using the familiar sort of match-and-merge manner of puzzling to fight against the various monsters the game will throw at you. As you progress through the game, you will unlock new forms of weaponry which will give you the upper edge and make this mixing and matching process easier for you. 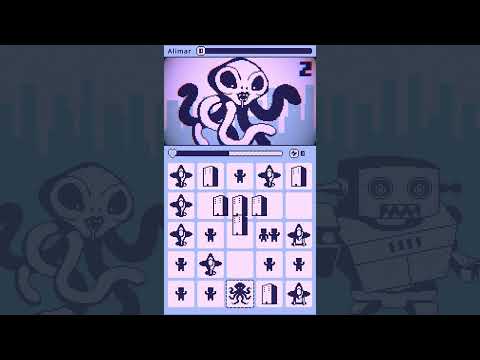 Compared to Game Stew's previous hit series, Tower of Fortune, this gameplay is a different approach for them. Rather than use the slot machine based gameplay that those dungeon crawlers primarily focused on, Game Stew seemingly wants to branch out into the increasingly popular fast-paced nature of the match-and-merge genre. Their spin on it does seem quite original and makes it easy to believe that Kaiju Attack may just carve out a solid niche against the other games in the genre.

Kaiju Attack will be released on the 17th of this month and is already up for pre-order on the App Store.

Enjoy matching games? Here are 10 of the best match-3 puzzlers available for iPhone and iPad
Next Up :
Bulbs 2.0 lets you combine colours to cast your whole board in white with limited moves, coming soon to mobile