Daniel Lutz a.k.a. Gridpop has announced the upcoming game Isle of Arrows, his tower defence-slash-board game with roguelike elements on mobile. Coming to iOS, Android and Steam this summer, the unique title tasks players with placing random tiles as their defences on a piece of land that keeps growing.

Solo indie dev Daniel Luts previously worked as a Creative Director with Square Enix Montreal, with Hitman GO and Lara Croft GO under his belt. Isle of Arrows features randomly generated tiles, foes, events and rewards, with different game modifiers and modes to keep things interesting. Each playthrough is unique with tons of replayability as well.

Players will have to unleash their inner tactician as they construct their impenetrable fortress one tile at a time. They can construct buildings and build roads to protect themselves against waves of enemies, with different challenges that spice up each new run. 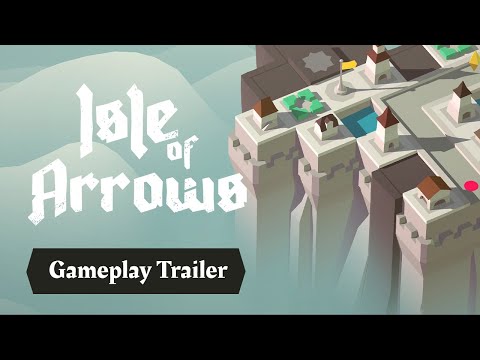 In particular, building Towers can attack enemies, while Flags can help extend your isle for extra space. You can reap coins as rewards when you build Gardens, while building Taverns can enhance your adjacent archery towers. There are over 50 tiles, more than 40 bonus cards and four different guilds for players to tinker around with as well.

If you're curious to know more about this one-of-a-kind title, you can check out the game on Steam to add it to your wishlist for now. More information on Isle of Arrows is also available on the official website. You can have a look at the embedded clip above to get a feel of the game's visuals, concept and gameplay as well.

Are you on the hunt for more similar titles that will put your skills to the test on your mobile device? Why not take a gander at our list of the top 25 best tower defence games for Android phones and tablets?

Next Up :
Gumslinger adds new modes, an endgame and more in 2nd-anniversary update