How time flies. And something.

Ingress is a free-to-play location-based game in which two teams are 'formed' among a local community of players.

Each team attempts to collect virtual resources in real locations to take over territories.

We're mentioning Ingress now because it will finally be heading out of its beta phase on December 14th.

PocketGamer.biz had a chat with Niantic's Brandon Badger at GDC Next about the evolution of Ingress over the past year and its growing community. 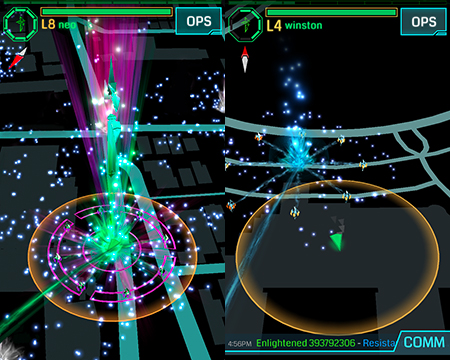 One of the most interesting subjects broached concerned online harassment. You see, Niantic has a solution for stopping harassers abusing Ingress's online and location-based features.

You may recall that Nintendo recently discontinued its Swapnote / Letterbox service on the 3DS on account of similar instances of online harassment.

"We have a Terms of Service that makes it pretty clear what behaviour is acceptable for players," Badger explains.

"A lot of it is common sense - treating other players with respect and such. I'd say that the player community is strong and helps maintain a cohesiveness because of their shared experiences with Ingress." 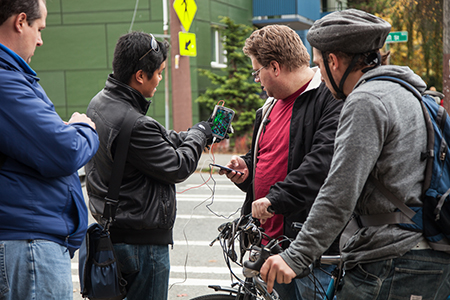 When asked about Ingress's business model, Badger confirmed that the plan is to keep the game free-to-play, with a supporting "partnerships model".

"We've already brought in a few companies like Jamba Juice, where we've enabled these retail locations as portals in games, and we're experimenting with other offers to find ways that players can be incentivised to visit these partner locations as well," Badger said.

"I think in the future, in-app-purchases is something we might explore, but we're going to be very careful since our main goal is building a strong game around a strong player community."

An interesting and quite clever way of potentially generating revenue in a location-based game, I'm sure you'll agree.

Make sure you read the whole interview about Ingress over on PocketGamer.biz. It's worth it.