Say goodbye to Letter Box (or Swapnote in the US) on the 3DS. As of yesterday, Nintendo has decided to discontinue the service.

With Letter Box, you could send messages and pictures to your 3DS-toting mates. So long as you had their friend codes.

According to reports, though, some 3DS users were being abused by people through Letter Box. In certain cases, offensive material was being sent to minors.

"Nintendo always wants to provide a positive experience for all consumers and limit the risk of any inappropriate activity or misuse of a service. We feel it is important on this occasion to take this action," reads Nintendo's official announcement on the discontinuation of Letter Box.

As a result, Letter Box's SpotPass functionality has been turned off permanently, essentially spelling the end for the messaging service. 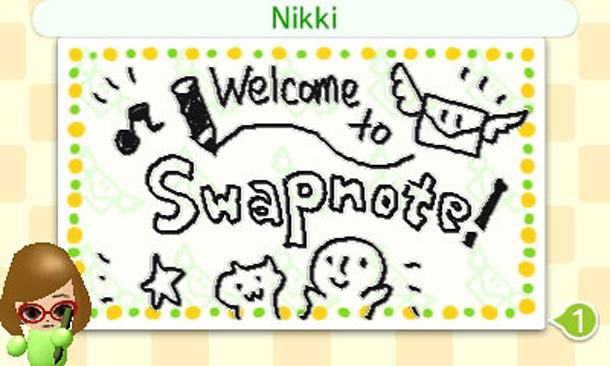 StreetPass itself remains intact, but barely. Only friends who are in the same physical space as one another will be able to 'StreetPass'. And only one note can be be transmitted at a time.

Finally, Nintendo is trying to raise more awareness about the Parental Controls embedded in its hardware. Interested parents can read about the service here.

Nintendo World Report
Next Up :
Fortnite is celebrating the Rocket League World Championship with in-game live streaming and loads of rewards