Infinity Kingdom is an upcoming strategy game with a lovely cartoonish aesthetic that's heading for both iOS and Android. It's set in a fantasy world where alchemists summon legendary 'Immortals' from across history to do battle. Today we can also exclusively reveal that it will fully launch for mobile this October.

The game has been extensively tested in open beta tests that have been held on Android and feedback has largely been positive. Apparently testers have enjoyed the aesthetic alongside the more casual approach to the strategy genre, so if you're looking for light tactics game, Infinity Kingdom might be worth keeping an eye on. 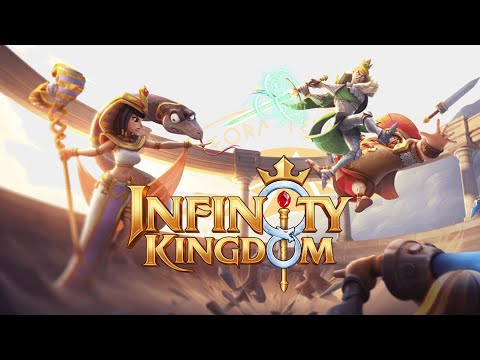 The aforementioned 'Immortals' you'll be summoning will help you protect the World Heart – a powerful, ancient energy source – from evil gnomes as well as other players. There will be over 50 of them to choose from including the likes of Julius Caesar, Mulan and John Henry. They won't be fighting alone, however, your team will consist of more than historical figures.

You will also be able to raise up to five dragons to join you in the fight too. Well, not directly, but they'll certainly have an influential role to play. These winged-beasts will provide your team with a variety of unique buffs in battle, so you'll want to tinker with your squad to find the best combinations.

To improve your growing army you'll need to seize new territory by capturing cities. Not only will this increase the reach of your kingdom but it'll also provide resources that can be used to improve your team's strength. You can check out some of the battling action in the exclusive trailer above.

Infinity Kingdom is set to release on the App Store and Google Play this October.

Head to the Pocket Gamer LaunchPad hub to find all of our exclusive announcements from our three-day event.
Next Up :
Inua: A Story in Ice and Time is an upcoming point-and-click narrative adventure based on a true story set in the Arctic