YOOZOO's latest update for its mobile strategy game Infinity Kingdom invites everyone to gear up for the cold in "Legion of the Frostborne". The 1.7 patch lets players across different servers claim the Gnome’s Capital in the North and prove that they're the best Lords in Norheim.

Laying siege to the northern lands in Infinity Kingdom isn't as simple as it may seem, as players will have to embark on dangerous expeditions to unfamiliar territory. While tons of riches are up for grabs in the Gnome's Capital, the path to victory across the Frozen Realm isn't without its challenges.

In the Frozen Realm, Thermal Towers protect travelers against the biting cold and merciless blizzards that plague the land - they also expand Lords’ Vision Proximity as a handy add-on. The map itself is blanketed in darkness, so Lords will be unable to see movement on the map. Cities, checkpoints, and gathering points also have limited visibility. The blizzards themselves affect the gathering speed of troops, as well as slow down building time and Prosperity. 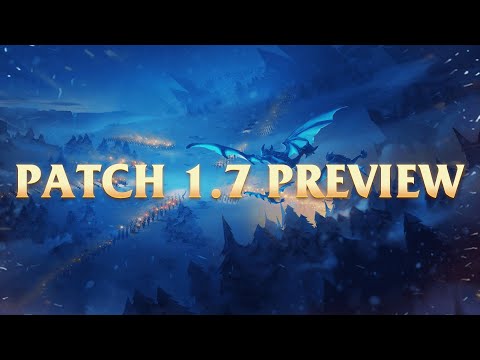 As patch 1.7 rolls out, players can expect Thanksgiving and Black Friday sales, along with other themed events and in-game goodies. If you're eager to join in on all the festivities, you can download Infinity Kingdom on the iOS App Store or on the Google Play Store for Android devices.

You can also head on over to the official website, join the community of followers on the Facebook page to stay updated on all the latest developments, or take a peek at the embedded patch preview above to get a feel of the game's new update.

Want more games on your mobile phone that will feed the tactician in you? Why not take a gander at our list of the top 25 best strategy games for Android phones and tablets in 2021?

Next Up :
Marvel Future Fight adds Kingo, Gilgamesh, and Thena to the RPG in latest Eternals update

Infinity Kingdom codes and how to redeem them (August 2022)