Just a little over two weeks after its initial launch, Infinite Galaxy already has over 1 million downloads on Google Play - and it doesn’t seem to be stopping any time soon.

Camel Games’ online mobile strategy game lets you explore the vastness of space in a vivid 3D environment. Innovating from traditional SLG maps, the game’s double-layer map immerses you into a more profound space exploration experience as you traverse both the Galaxy and the Star System with every new mission. 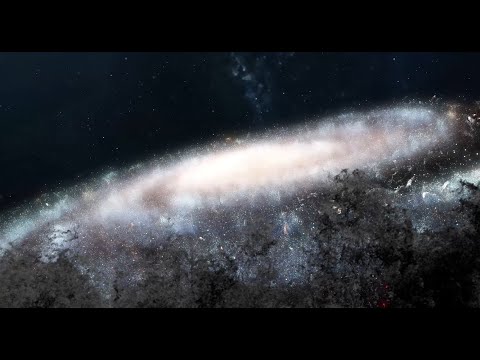 You command a spaceport and lead the resistance against the Empire in a valiant effort to restore peace to the Andromeda Galaxy. You can form star fleets, expand your own spaceport, gather allies to grow your numbers, and take down strongholds to bring the Empire down.

Infinite Galaxy’s diverse gameplay system involves making sound strategies on scientific research, recruiting crew members (each with their own unique personalities and backstories), flagship assembling, and building your ship. You can also boost your spaceport’s core modules and upgrade them to your liking. As each commander’s strategy will undoubtedly be unique, players can expect a one-of-a-kind experience with different paths and fleet designs to explore.

During real-time battles and boarding wars, commanders must learn to cast skills, summon wing planes, and make swift and decisive calls to emerge victorious. And if you’re a bit of an explorer than a fighter, you can embark on epic journeys across star systems to build your own alliance bases, investigate the unknown mysteries of space, and reap rewards after every adventure.

With over 1,200 Star Systems just waiting to be explored, the next great space adventure is just a tap away. You can check it out for yourself on Google Play and iOS today.

What's A Preferred Partner Feature?
From time to time Steel Media offers companies and organisations the opportunity to partner with us on specially commissioned articles on subjects we think are of interest to our readers. For more information about how we work with commercial partners, please read our Sponsorship Editorial Independence Policy.
If you're interested in becoming a Preferred Partner please click here.
Next Up :
Pokemon Go's 6th Anniversary Event Ultra Unlocks are now available

Infinite Galaxy: Everything you need to know about the Cosmic Ocean: Origins update