Immortals: Muv-Luv Alternative features a brand new story and immersive gameplay where players will assemble their team from a wide roster of characters as well as acquire weapons to take down foes. Extended armaments can also be equipped to boost firepower, as well as different formations and attack patterns players can tinker around with to ensure the maximum amount of damage on the battlefield.

Pre-registration for the game is currently underway, with special milestone rewards for those who sign up. There will also be a special commemorative giveaway upon the game's official launch, which will provide all players with "Mikoto Armor (SR)" once the game is officially released. 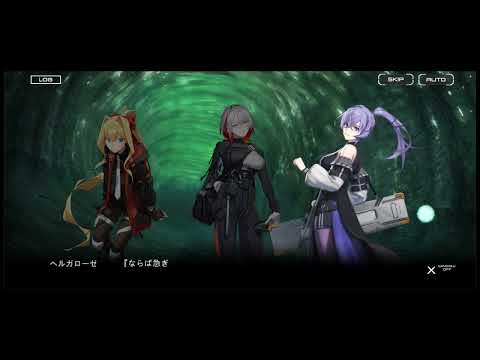 If you're eager to give the game a go, you can check out Immortals: Muv-Luv Alternative on the iOS App Store or on the Google Play Store (currently suspended for the time being) for Android devices. It's a free-to-play game with in-app purchases. You can also join the community of followers on Twitter to stay updated on all the latest developments, or have a look at the embedded trailer above to get a feel of the fast-paced gameplay and the visuals in store for you. You can also head on over to the official website for more info on the game's world, characters, and mechanics.

Are you on the hunt for more similar titles that will put your skills to the test on your mobile device? Why not unleash your inner adrenaline junkie and take a gander at our list of the top 25 best action games for Android phones and tablets?

Next Up :
Arabilis: Super Harvest lets you grow your garden in the midst of randomly generated challenges, out now on iOS and Android