Idle Heroes of Light is a brand new mobile RPG that has just been released and is available for Android and iOS platforms. It's a free-to-play title with optional in-app purchases.

Idle Heroes of Light is an idle (clicker) adventure game that promises super casual gameplay where players have the ability to level up even when they are not playing. 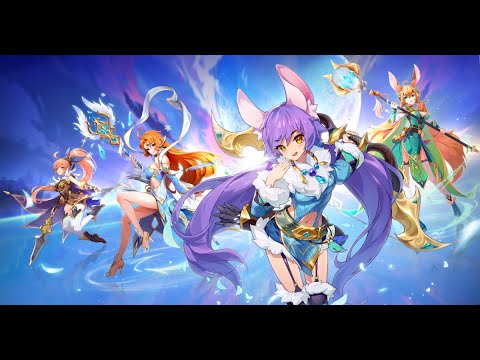 The game is developed by Electronic Soul who specialize in RPGs. Goddess Legion is another popular game from the developer, which is a 3D idle RPG game involving hyper dimensions and anime girls with the player in command and is available on Google Play and the App Store.

Idle Heroes of Light boasts a fantastic array of brilliantly designed characters that will join players on their quest. Players will also have the option to customize their team to their liking and even upgrade them to unlock powerful skills. Another big highlight of the game will be the original voiceovers provided to give the players an authentic Japanese-style experience of the characters.

To celebrate the game's launch, the developers have also announced a small event where 16 lucky players can grab in-game prizes. You can check out the details of the event on the game's official Facebook fan page. The players will have to simply like, comment, and share a specific post to participate in the event.

The names of the event winners will be announced on the Facebook fan page after the end date.

With gameplay that caters to casual players, various customization options for creative gamers, and the presence of original Japanese Voiceovers that would be loved by fans of anime games, Idle Heroes of Light looks like the type of game that can be enjoyed by gaming fans of different genres.

Idle Heroes of Light is available to download in Google Play for Android and the App Store for iOS.

Next Up :
The Pegasus Dream Tour saw a surge in downloads over the past two weeks