The 1v4 asymmetric mobile game Identity V sees the addition of a new survivor into the manor. Called Little Girl, she is here to find out the truth about the nightmares. This event is all about old memories and keeping promises and it's going to be a doozy. 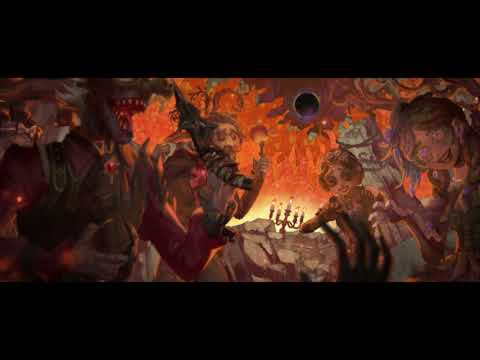 It all began with Detective Orpheus being commissioned to find this Little Girl. To do so, he entered Oletus Manor, where he took a mysterious medicine called Hydra and found the erased memory at last. Now, ten years later we will be solving the same mystery. The new event - titled Her Game - will see players enter a new Dark Woods map where they must come together to save the Little Girl, who’ll eventually join Identity V as a survivor in Season 18 Essence 3.

The Little Girl lived with her family on an island like the Garden of Eden. They were strong believers of the Muse. The girl remembered that the island had only one kind of Black Fern called the Gift of the Goddess, that had special effects. Everything was fine until the red nightmare began, which made her see a broken Garden of Eden and the loss of all good memories. This caused her return to her long-destroyed home where she witnessed only nights, chaotic and horrifying dinners and monsters that she never thought existed. This just added to the mystery that already surrounded the Little Girl’s nightmare.

The Little Girl possesses a skill known as Memory Fragment, formed by the pieces of her lost past. When thrown, these create a small circular area that launches enemies in the direction of its expansion. Her other ability is Memory Sync, which enhances nearby allies’ abilities by increasing their decoding speed by 70%, vaulting speed by 15%, and pallet-dropping/Rocket Chair-rescuing speed by 30%. Her final ability is Pity, which allows her to teleport to any free-moving teammate.

This week’s update will also release the new plot of the third phase. Confront your nightmares and deepest fears by downloading Identity V for free on the App Store and Google Play.

Check out the top survival games to play on mobile!
Next Up :
Genshin Impact’s v2.3 Shadow Amidst Sandstorms update brings 2 new characters, events, and bosses