Set to release on September 9th

Hyena Squad is an upcoming strategic RPG for iOS from developer Wave Light Games, who you might know from their previous games such as Strike Team Hydra and the Demon's Rise series. Their latest effort will be available for Apple devices on 9th September as a premium title. The news was first spotted by Touch Arcade.

The game is a sci-fi take on the grid-based strategy genre and is set on a deep-space station that's been overrun not only by aliens but also reanimated dead. It'll be up to you to lead your squadmates through a perilous rescue mission that takes place across 12 different levels. 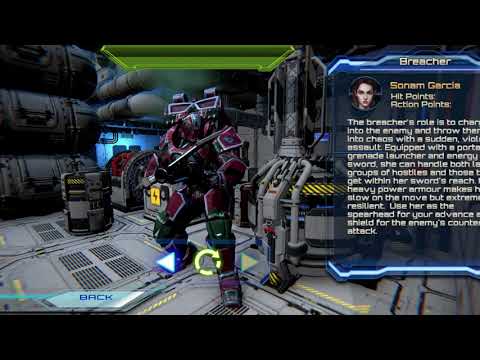 Each member of your team will be equipped with a different suite of skills to make use of as you blast your through the alien and undread horde. Some of them will prefer close-quarters combat, approaching the aliens in heavy army before decimating them whilst others will make use of heavy guns and even psychic abilities.

As you progress through the game, you'll be able to level your soldiers up which will increase their stats and unlock new abilities. Similarly, you'll also be able to equip them with special weaponry and gear that will also provide additional abilities to make use of.

Given that this is a tactical, turn-based game you'll need to consider the usual array of factors that you might in a game like X-Com. This includes line of sight, ensuring your soldiers are in suitable cover and of course, where the enemies are positioned. Your squad will also have a morale level to keep an eye, with everything presumably becoming much more tricky if it dips too low.

Hyena Squad is available to pre-order now over on the App Store ahead of its release on 9th September. It will be a premium title that costs $1.99.

Enjoy strategy games? Here are 25 of the best available for iPhone and iPad
Next Up :
Smash bricks and hit your enemies in Brick Hero Clash, out now in Australia and Canada on Android