In case you missed it, MazM has announced the official launch of Hyde & Seek for iOS devices following its earlier launch on Android. The story-based board game lets you go on a dice-based adventure across 19th century London with "London's Flaming Fist" Kate.

In Hyde & Seek, players can follow the story of Kate as she disguises herself as a man after becoming a wanted criminal. You'll have to make important choices that affect the outcome of the game as you go through the board.

As for the gameplay itself, you'll use cards to move Kate around and help her reach her destination. The story unfolds as you move Kate from place to place within the time limit - you'll also have to talk to people and make decisions based on your experiences. During the card battles, you can punch or kick your way through foes or use flasks to take down enemies. You can also merge cards you've collected to defeat more opponents for better rewards. The game also features visually pleasing aesthetics and a distinct art style. 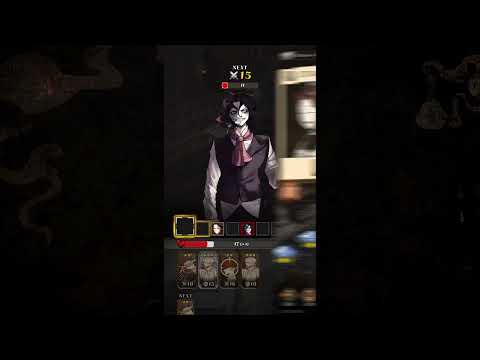 If you're curious about the title, you can download Hyde & Seek on the Google Play Store for Android devices or on the iOS App Store. It's a free-to-play game with in-app purchases. You can also visit the official website for more info, or join the community of followers on Twitter to stay updated on all the latest developments. You can have a look at the embedded clip above to get a feel of the title's gameplay mechanics and the lovely visuals as well.

Next Up :
Three Kingdoms: Legends of War, a new action RPG set in feudal China, sees Western release for Android