Hunter Legend - Clash of Clans is the latest addition to the monster-hunting casual game genre. It has been developed by XCHANGE and published by Loongcheer Games. Currently, the game is undergoing the beta testing phase on the Google Play Beta Track in North America, South America, Oceania and Europe.

The story revolves around a character named Leander who is an expert warrior and a brave monster hunter of their primitive clan. Leander wanders around the forest with his long spear, which is his primary weapon and tackles beasts and dragons who get in his way. The entire game is based upon the primitive age, fighting wild creatures and hunting.

The game showcases fast and exciting gameplay. Each battle lasts up to two minutes which advances up to a Boss level. Also, the game has easier mechanics for quick adaptation. It is quite a beginner-friendly game as the player needs only to jump and hit. As the game progresses, the player needs to level up their character.

The game has a talent point system where they'll need to allot points in order to increase their tactical skills and ability. Apart from that, it also has an equipment system, which the player needs to improve for increasing their abilities and skills. The player needs to collect fragments to unlock fighting tactics and collect resources to forge, advance, inherit and smelt equipment. 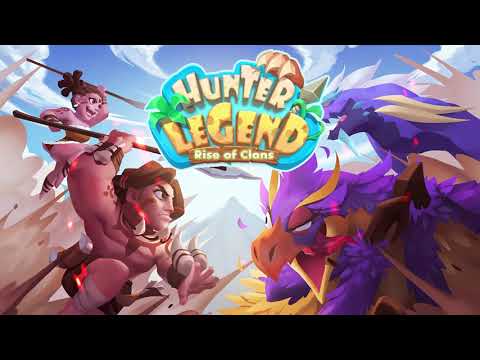 Lastly, the game has a Trial Tower Mode for those who prefer intense action and adventure games. This mode has faster gameplay and is more action-oriented than the rest of the modes. The game variant will allow players to achieve medals by grinding various levels and placing themselves on the world leaderboards.

Hunter Legends - Clash of Clans is available now on Google Play. It's a free-to-play game with in-app purchases.