Perhaps the most anticipated release of the year among mobile gamers, the gacha action RPG and sequel to one of the biggest franchises available on phones, Honkai: Star Rail is entering another round of closed beta testing and opening up applications for interested players. The latest entry in the series takes the setting to space, embarking on an epic interstellar voyage that is sure to be one of the big hits of 2022.

For those unfamiliar, Honkai is a series that began with Honkai Gakuen 2 but really took off with the extremely popular Honkai Impact 3rd. Despite the name having 3rd in it, there’s really only been the other one main entry. Developed by miHoYo of Genshin Impact fame, this series sports beautiful graphics, amazing character design, high-speed action gameplay, and some of the best world-building around. 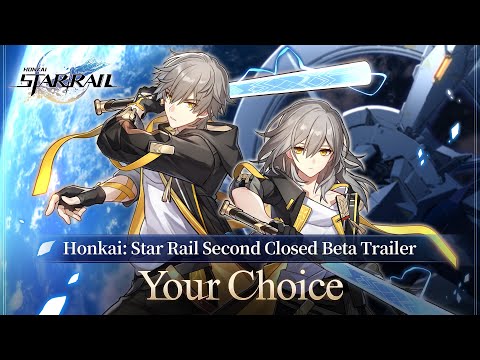 As for Star Rail, it’s currently not extremely clear where it lands within the lore, but we do know that it plans to take the setting interstellar, one that spans numerous worlds and galaxies. Story details are light to avoid spoiling anything before the actual release, but the tidbits from the previous closed beta alone are enough to get any Honkai fan thinking.

And in terms of gameplay, Star Rail is actually a bit of a departure from Impact, offering up some turn-based gameplay as opposed to the third-person action that Genshin and Honkai Impact 3rd share. In this one, you’ll be building up a party and using their skills to battle evildoers whilst leveling them up and taking full advantage of their unique kits in a similar way to classic JRPGs.

If all of that sounds up your alley, or if you’re a fan of the very popular Mihoyoverse line of games, you can sign up for the Star Rail closed beta on the game’s official website. Alternatively, if you want to stay updated and wait for release news, you can follow the official Honkai: Star Rail Twitter handle instead.

Looking to dig your teeth into other anime-themed RPGs? Check out our Top 25 best JRPGs for iOS!
Next Up :
MU Archangel 2, Webzen's new MMORPG, is out now in Taiwan, Hong Kong and Macao