Honkai: Star Rail closed beta test is finally set to begin from October 27th, 2021. It will only be available on PC and iOS devices, so Android users have to wait for it.

Honkai: Star Rail is a new entry in the Honkai series. In the first week of October, miHoYo announced the game's closed beta test. miHoYo is a developer that has become a very common name in the world of video games because of Genshin Impact. The success that Genshin Impact achieved within a year was beyond imagination. Honkai Third Impact was another RPG, similar to Genshin Impact, which was released in 2016. Now they are ready to make a comeback with a sequel called Honkai: Star Rail.

If you are familiar with miHoYo's work, you will know that their animation and graphics are top-notch. Honkai: Star Rail will have a completely different storyline to Honkai Third Impact. With new characters, a new world, and a story, the open-world RPG is set to launch soon. To learn more about the game, you can also visit its official website. 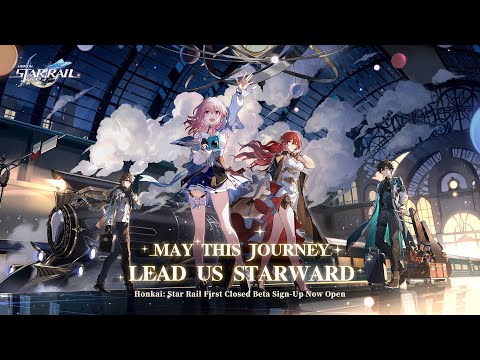 Details about the upcoming beta test of Honkai: Star Rail

miHoYo has just announced that Honkai: Star Rail’s closed beta test will finally begin on October 27th, 2021, and only limited players can take part. There's no information about when it will end, but they will announce that soon. Also, note that after the closed beta test is complete, all progress will be deleted.

The beta will only be available on PC and iOS, not on Android. Recommended specifications for iOS devices are iOS 12, iPhone XS, or iPhone XR, or iPad with Apple A12 processor or better, which means any October 2018 models or later. And for PCs: Windows 7, i5 processor, 8GB RAM, Nvidia GeForce GTX 970 or better.

For those who have signed up for the closed beta test, only a few chosen 'Trailblazers' will receive an email. The developers will inform you and provide the exclusive installation package for the test. For more information, you can also check out HoYoLAB.

Next Up :
XF: Football Arena is a real-time 3v3 football game, now out on Android in early access