Hexaflip is the second game to be published by Rogue Games for Apple Arcade, joining Super Impossible Road. So they're clearly a publisher that has some belief in Apple Arcade.

Hexaflip is a casual puzzle game that seems very simple. You'll play as a hexagon – somewhat unsurprisingly – and will have to navigate your way through various levels by flipping left or right into other hexagonal holes.

Along the way, you'll have to avoid various obstacles and traps that aim to take down your six-sided form. Judging from the trailer – which you can see below – this can include hammers and lasers. There doesn't appear to be anything that pursues you but there are 100 levels so that may come later.

There are also teleporters and arrows that will automatically move your hexagon in a set direction. So there is some scope for the levels to get significantly more challenging as you venture further on by making you have to carefully plan out your route so you don't end on the wrong side of a hammer. 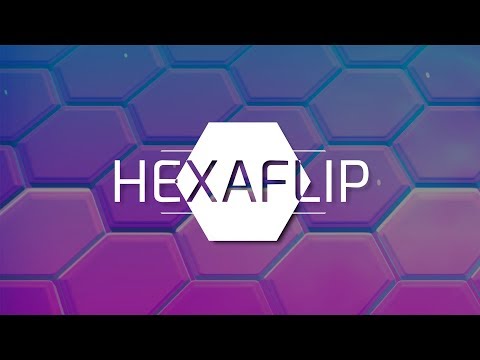 The game makes use of an incredibly vibrant and colourful art style. The screen appears to frequently shake and there are little particle effects that follow your hexagon to give the game a real sense of movement. It certainly looks very eye-catching.

You'll also earn coins as you flip your way through all the stages. These can be used to get your hexagon a new skin, so you can give your six-sided self a makeover to feel more special if you want to.

According to Rogue Games Hexaflip runs at 60fps but will also support 120fps if you're fortunate to own an iPad Pro. It'll also have haptic feedback for those using compatible devices.

Check out our news section to discover the latest, and greatest, games.
Next Up :
Fortnite releases Geralt of Rivia skin for battlepass users alongside the School of Llama challenges