Sunblink, a new indie developer composed of numerous ex-members of the old Backflip Studios, has released its latest game onto Apple Arcade; HEROish. Backflip Studios have a lot of old nostalgic titles under their belt, namely Paper Toss and Ragdoll Blaster, but even more importantly, they also released Army of Darkness Defense ten years ago. This title is important as HEROish is something of a follow-up, and features a lot of similar mechanics and gameplay.

The premise of HEROish is essentially a tower-defense game, but with the twist of being capable of controlling one specific character in direct combat as well. This was also the gimmick that Army of Darkness Defense had too, so if you were a fan of that one, you’ll very likely love HEROish the same. It also comes with three different story campaigns alongside a 1v1 and 2v2 competitive mode in which you’ll square off against other players, so there’s a lot on offer here. 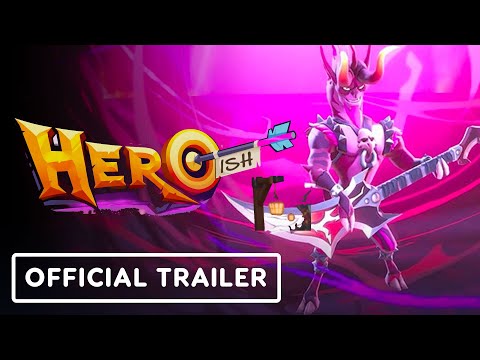 As is expected from an Apple Arcade release, HEROish is also rocking quite the graphical fidelity, with a striking art style that lands somewhere between cartoonish and vaguely realistic. Expect lots of popping colors, striking background scenery for you to do battle within, and some very unique and somewhat 80s inspired designs for the heroes themselves. The cast is diverse and will offer up a lot of variety with what abilities they bring into battle with them as well, so you’re almost guaranteed to find some play style you click with.

If you’re looking for a semi-competitive and very interesting take on the classic tower defense genre, HEROish is the game for you. You can check it exclusively on the Apple Arcade if you’d like to give it a go yourself.

Looking for more tower-defense action in your pocket? Check out our Top 25 best tower defense games for iOS!
Next Up :
Surf Chance lets you surf inside someone's digestive system and more, out now on Android