Highly anticipated mobile rhythm game HATSUNE MIKU: COLORFUL STAGE! is now open for pre-registration. Pre-orders for SEGA and Colorful Palette's musical action title can be made over at the game's official website, or on the iOS App Store and on the Google Play Store for Android devices.

In case you're not familiar with the game, HATSUNE MIKU: COLORFUL STAGE! takes players on a rhythmic journey triggered by a mysterious song named “Untitled”. As the haunting melody drifts through Shibuya, Tokyo, its absence of any lyrics stirs the youth and opens access to “SEKAI”. Here, anyone can uncover deep emotions and unearth their own song.

Players can interact with Hatsune Miku and her Virtual Friends, and enjoy a whole lot of tapping and flicking to the beat over five difficulty levels. You can collect character cards to unlock more skills, or customize your band members with a wide variety of cosmetics. You can also play with up to four friends, or experience virtual concerts with like-minded players across the globe. 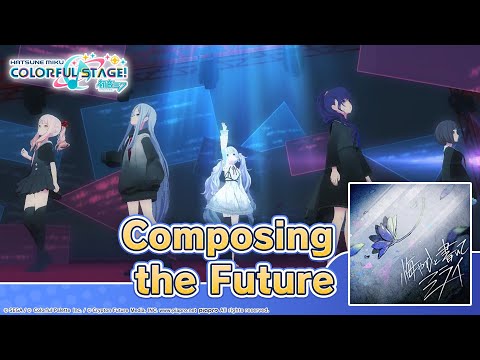 HATSUNE MIKU: COLORFUL STAGE! will launch officially on December 7th to global audiences as a free-to-play game with in-app purchases. Players who sign-up for the pre-registration event on Android or on iOS devices can unlock tons of cool in-game goodies. In particular, players can score a maximum of 3,000 Crystals once sign-ups for pre-orders hit the 150,000 pre-registration milestone.

To know more about the game and to stay updated on all the latest developments, you can join the community of followers over on the game's official Facebook page. You can also have a juicy sneak peek at the music videos and what goes on behind the scenes on the official YouTube channel.

Want more free titles? Why not take a gander at our list of the top 25 best free mobile games to play on your iPhone, iPad or Android Phone in 2021?

Next Up :
Trivia Deluxe is a new trivia game set in a TV show, out now on iOS and Android