Sega and Colorful Palette's Hatsune Miku: COLORFUL STAGE! is now open for public beta from October 4th to October 19th, letting players bop their heads to the beat of more than 40 playable songs plus a cast of 20 original characters. Available now on Android and iOS, the mobile rhythm game can be accessed via the Google Play Store and on iOS TestFlight for Apple devices.

Hatsune Miku: COLORFUL STAGE! lets players dive into 28 playable songs from the first day and tinker with 13 additional songs added gradually throughout the open beta. Popular idol group MORE MORE JUMP!'s Haruka Kiritani is also celebrating her birthday at an in-game virtual live event, so players can join in on the festivities during the beta. 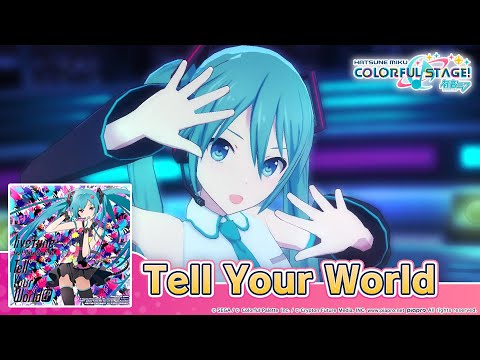 In case you're not familiar with the mobile title, Hatsune Miku: COLORFUL STAGE! is a rhythm game that features Hatsune Miku and her virtual friends. You can earn more rewards with each rhythm challenge you complete, as well as unlock more tracks and character cards as you progress through levels either by yourself or with your friends.

It also puts virtual singers like Kagamine Rin, Kagamine Len, Megurine Luka, KAITO and MEIKO in centerstage, and it'll launch globally later this year. It will also feature Hatsune Miku’s most popular hits, including "Tell Your World" by kz, "Melt" by ryo and "ROKI" by Mikito-P. If you're keen on getting your hands on the game ahead of its official release, you can join the public beta now or visit the official website for more info. You can also take a peek at the embedded 3DMV above.

On the hunt for more free titles you can dive into on your mobile device? Why not take a gander at our list of the top 25 best free mobile games to play on your iPhone, iPad or Android Phone in 2021?

Next Up :
Dragon Quest Tact collaborates with DRAGON QUEST VII to add new content and in-game goodies to its Version 2.0 update