After completing a beta test, the musical game Hatsune Miku Colorful stage is ready to launch globally on December 7th.

Hatsune Miku Colorful Stage is a rhythm game. It was initially released in Japan in September 2020. But after almost a year, they finally announced its global version release in August 2021. It has been developed by Crypton Future Media, Craft Egg, and Cyber Agent while Sega and Nuverse handled publishing.

Just like the name suggests, it features a vibrant, colourful experience with Japanese music. It's very similar to Piano Tiles, meaning you have to tap on the tiles that come closer to you at a fast pace that match the song's beat. But what makes Hatsune Miku Colorful Stage better? The answer is, while you play, a concert plays out at the same time in the background. The in-game characters dance and sing to the song, and there is an audience cheering them on. It kind of feels like you are the DJ of some sort as you keep matching the beats, and the concert continues. 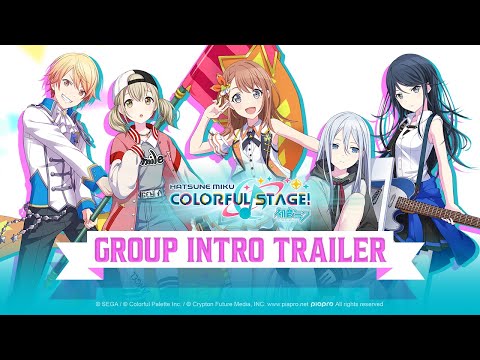 Release date and other information

Hatsune Miku Colorful Stage is all ready to be launched globally on December 7th, 2021. Even though the developers are releasing it global, they intend to keep the songs in Japanese. Hence, there won't be any western artists. Apart from that, it lets you virtually interact with the characters. There will be subtitles for these virtual interactions but not for the lyrics. They also offer a Gacha feature, but it might get released with a later update.

It will be available in 130 countries and regions, including North America, South America, Europe, the Middle East, Africa, and Oceania. If you have been playing the Japanese version, then you can't transfer your progress to the global version.

Hatsune Miku Colorful Stage still tries to maintain its Japanese essence. It gives you a little extra, which prevents it from being repetitive and boring. It will be available on both Android and iOS. You can also check out their official site for more details.

Also, take a look at our list of the top 25 best puzzle games for iPhone and iPad (iOS).

Next Up :
Slime ISEKAI Memories, the 3D battle RPG, has released on iOS and Android