A new event is now available Harry Potter: Puzzles & Spells, the popular match-3 title from Zynga. It's called Magical Mischief and looks to lean into the idea of friendly competition as well as camaraderie. It will be a recurring limited-time event that in-game Clubs will be able to regularly participate in.

The event is hosted by the prank-loving Weasley twins, Fred and George, meaning you'll have to solemnly swear that you're up to no good before taking part. The aim of the event is to complete puzzles on either the first or second try to earn Mischief Points. 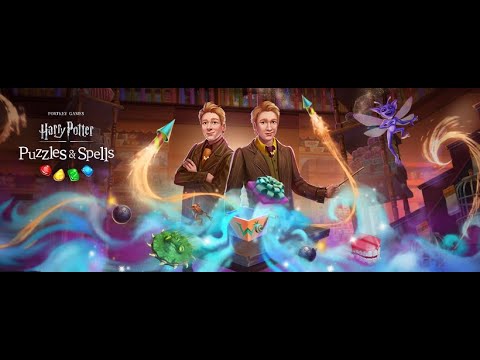 Once you've accumulated enough Mischief Points, you will be able to exchange them for a Prank Box. This can then be sent to one of the other Clubs on your leaderboard. The Prank Box will then spring open on that club's board, releasing Chattering Teeth, Fanged Flyers and other wizarding prank-based items to disrupt their game.

Then, at the end of the event, the player who has earned the most Mischief Points and sent the most Prank Boxes will be given the title Mischief-Maker-in-Chief! You can check out the embedded video above for a closer look at the mechanics this event offers.

If you're unfamiliar with Harry Potter: Puzzles & Spells, it is a match-3 puzzler that sees you casting spells to clear a series of boards. It has proven incredibly popular since it first launched, having achieved over 10 million downloads on Google Play alone. This isn't particularly surprising given both the popularity of match-3 puzzlers and the Harry Potter franchise.

Harry Potter: Puzzles & Spells is available now over on the App Store and Google Play. It's a free-to-play game with in-app purchases.

Searching for some of the best puzzle games around? Well, here are 25 of our favourites for iPhone and iPad
Next Up :
Polity is a life sim MMORPG where you can rule or be ruled, out now on Early Access on iOS and Android