Harry Potter: Magic Awakened will have an open beta test in China for both iOS and Android starting May 29th

Harry Potter: Magic Awakened, NetEase's upcoming card-based RPG based on the popular wizarding world, will be having an open beta for both iOS and Android in China on May 29th. The game was initially announced back in October last year and has since had a few small scale technical tests. The announcement was first spotted by industry analyst Daniel Ahmad.

The game will start with players receiving an acceptance letter from Hogwarts School of Witchcraft and Wizardry. From there you'll start out as a freshman and begin your wizarding journey by learning spells and gathering a group of friends to join you on your adventure.

The open beta for Harry Potter: Magic Awakened will start on May 29 for iOS and Android users in China. It is a mobile card / RPG game. Not sure about Western release just yet. (Please read the above in a British accent)https://t.co/pwVdZANvWm pic.twitter.com/dKBaHTSgVV — Daniel Ahmad (@ZhugeEX) May 20, 2020

There are a few gameplay videos you can find on YouTube at this point where people have hopped into the various tests that NetEase and Portkey have held since the game was announced. In these videos, you'll be able to see how the card-based battles play out.

It looks to be an energy bar-style mana system similar to those found in the likes of Clash Royale. Each spell is worth a set number and will consume that amount of the bar. That means you'll need to wait until it has filled up enough to use your desired spells. To activate them you'll drag them onto the screen before letting go to unleash the magic on your chosen target. 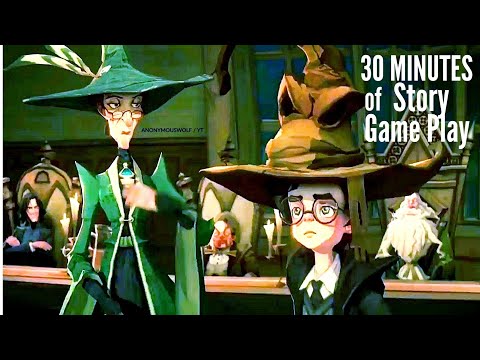 Harry Potter: Magic Awakened will look to start open beta in China on both iOS and Android on May 29th with sign-ups available now over on the game's official site. There's still no word on if the game will head West nor is there a solid release date as of yet.

Interested in more upcoming games? Here are some of the best available in soft-launch
Next Up :
Among Gods RPG Adventure lets you collect more than a hundred heroes to fight the good fight, now open for pre-registration on Google Play