There's just one snag, and it's nothing to do with eating after midnight... 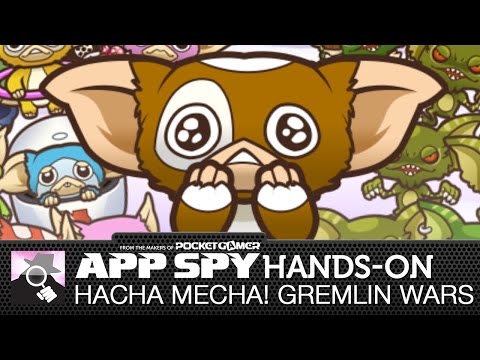 It's a free-to-play tower defence game, in which you collect heavily armed Mogwais in your effort to stop the titular Gremlins from reaching Gizmo.

But before you try and download it you should probably know that - for the time being at least - Hacha Mecha! Gremlin Wars is only available in Japan.

We'll let you know if that changes, but for the time being, you'll have to suffice with our hands-on video.