Boltrend Games has officially announced the closed beta test for Gyakuten Othellonia, its Othello-themed RPG with a twist on mobile. Players can test their wits with friends and frenemies all over the world in real-time online battles.

Gyakuten Othellonia features anime-style visuals with basic Othello rules. All players have to do is place their character's pieces and turn them over, then deal devastating damage to make sure that they whittle down their opponent's HP to zero.

Players can also engage in seasonal matches as well as the daily Coliseum, where they can compete for the highest points with rivals and climb the ranks for the ultimate bragging rights. There are also various skills available to help buff up a player's stats in battle, which include ATK UP, Defense, Heal, Curse, Poison, Trap and more. Be sure to organise your deck to create the winning strategy with the right skill combos to win. 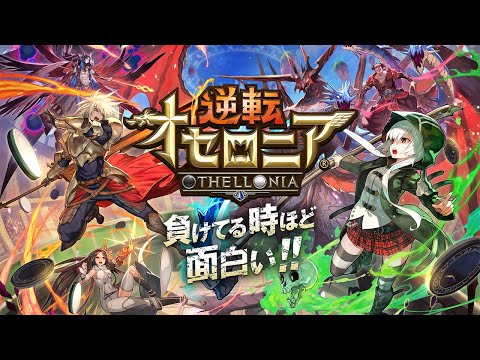 If you're keen on getting first dibs on the game, you can join the CBT for Gyakuten Othellonia Beta Test beginning March 17th to March 24th on Android in Brazil, Canada, Romania, India and New Zealand. Players will receive a 7-Day log-in bonus for beginners as well as an 8-Day log-in bonus celebration launch.

In the meantime, you can check out Gyakuten Othellonia on the Google Play Store for Android devices, take a peek at the embedded trailer above to get a feel of the gameplay, join the community of followers on the official Facebook page to stay updated on all the latest developments, or visit the official website for more info.

Are you on the hunt for more similar titles that will put skills to the test on your mobile device? Why not take a gander at our list of the top 25 best RPGs for Android phones and tablets?

Next Up :
T3 Arena is now in Early Access for Android users who want to get first dibs on the 3v3 multiplayer shooter

Big In Japan: An Old Game Makes A Modern Return In Gyakuten Othellonia