CD Projekt has launched a fourth season for Gwent: The Witcher Card game, which brings new items for you to unlock in a tier-based progression system.

Season 4 of Gwent is centred all around Yennefer of Vengerberg, one of the Continent’s greatest sorceresses and Geralt of Rivia’s true love. The premium pass grants you access to the customisable Yennefer of Vengerberg legendary neutral leader skin, and features even more rewards to unlock including different fashion accessories for her, card kegs, player titles, and animated avatars.

The Season of Love is here and brings Update 8.2 along! This time the main spotlights are extensive balance changes and the new Journey!
Patch notes and more: https://t.co/NFEbRdcer4 pic.twitter.com/jP5srRF2VX — GWENT (@PlayGwent) February 9, 2021

Journey is basically Gwent’s version of a Battle Pass, where the more you play the more items you unlock. The base tier of Journey is free for all players, but an optional Premium Pass exists which grants even more rewards.

There are over 100 levels to accumulate, with each one having a unique reward locked behind it. You can earn progress from completing weekly quests, as well as winning games across Standard, Seasonal, and Draft game modes.

Season 4 of Gwent will last for the next three months, giving you plenty of time to level it up whether you’re someone who plays every day or can only login on the weekends. Watch the trailer for Season 4 below. 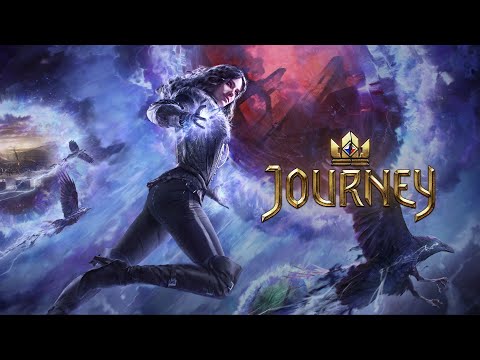 This new update also means there’s a patch to come along with it, including fixes and adjustment across many areas of the game. You can read the full details here.

Gwent: The Witcher Card Game is available from the iOS App Store and the Google Play for Android store. It’s a free to play title containing in-app purchases.

Check out some of our favourite card games available on iOS devices.
Next Up :
Pascal's Wager reveals latest DLC, Dance of The Throne, which introduces a new playable character