CD Projekt Red has just announced the return of the beloved first and second season of the Journey progression mode to Gwent: The Witcher Card Game. These will now be made permanent so no one ever has to fear missing them again. Additionally, Gwent also released the v10.5 update that brings new features and changes to the game. 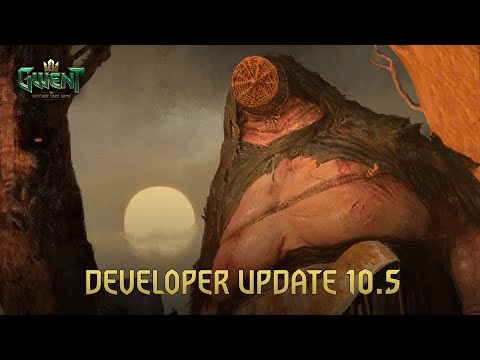 The Journey Progression system began with Season 1 Geralt and Season 2 Ciri, which were originally available for three months. Now, CDPR has ensured that they never leave, giving players unlimited time to grind it out and reap everything it has to offer. All of it returns to Gwent, allowing players to experience the stories of Geralt & Dandelion and Ciri & Vesemir, or even continue from where they left off last time.

But that’s not all as the seasons have been refreshed with new rewards as well. Like the previous time, they will be available for free and through a Premium tier. Newer rewards include auras, card backs, trinkets, music, trophies, and more. Players embarking on this journey for the first time will be able to earn the old and new goodies via contracts and returning ones need not make any extra purchases for the rewards added now.

That was it from the nostalgic end of the update. Moving onto patch 10.5, a new keyword called Timer has been introduced. It triggers an ability like Megascope or Dash when the number reaches zero. New weekly quests and the option to reroll old ones after completion will keep players on their toes at all times. A lot of characters and skills were also rebalanced, which can be read on the detailed patch notes available on Gwent’s official website.

Ready to go on Geralt and Ciri’s journey? Then, download Gwent: The Witcher Card Game for free on the App Store and Google Play.

Also, check out this list of the best collectible card games to play on mobile!
Next Up :
Pokemon Go Fest 2022's next stop is at Nakajima Park in Sapporo, Japan