CD Projekt Red has just announced the beginning of a new season in GWENT: The Witcher Card Game. The Journey’s 8th season is underway and will feature multiple new events and rewards. It all kicks off with the annual Love Event that celebrates the season of love with Valentine’s Day-themed quests and prizes.

Journey’s eighth and newest season contains over 100 levels and more than 80 rewards that can be earned by playing Gwent’s Standard, Seasonal, and Draft play modes. What’s more, is that players can continue to receive rewards after level 100 as well and there are no boundaries to what can be won. Through the season, everyone will receive numerous daily and weekly challenges to complete in order to boost progression. Every week, new chapters and stories featuring the beloved bard Dandelion and spy Sigismund Dijkstra will be published, as they try to work things out between them. 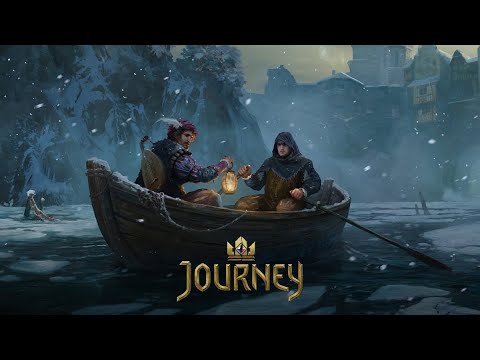 The season’s base tier is free for all and includes avatars, borders, a player title, and rewards points given for completing progression milestones. For those wishing to pay $9.99 USD, a Premium Tier is available too, that offers rewards like cardbacks, coins, music tracks, a Dandelion legendary neutral leader skin, dedicated outfits, and trinket on top of all the base tier rewards. You can pay $24.99 USD and get 25 levels with the Premium Pass for free as well. Journey season eight will run for the next three months.

We also draw closer to Valentine’s Day and CDPR are ready to launch the yearly Love Event too. It will run from February 11th to 22nd. Players will be divided into four sides, each represented by a character from the Witcher’s world for whom they must complete quests to gain reward points and special vanities. Completionists who will finish all tasks for all sides with also be rewarded with a unique Queen Calanthe leader skin.

Dive into the new season by downloading GWENT: The Witcher Card Game for free on the App Store and Google Play.

Also, check out the top card games to play on mobile!
Next Up :
Blue Archive begins pre-registrations for the Summer Sky Wishlist event alongside revealing a roadmap until April