Gumslinger is celebrating its 2nd anniversary with new quests, leagues, leaderboards and more. Fans of the hilarious physics-based PvP game can expect an endgame as well, spicing things up for players as they progress through the title.

Gumslinger boasts over 10 million downloads to date, and the latest update will give players more reasons to join in on all the wacky shootouts. In particular, there will be four major leagues (Bronze, Silver, Gold and Star) added to the game. The new Friend mode, on the other hand, lets players duke it out with their buddies to make the crazy duels even crazier. 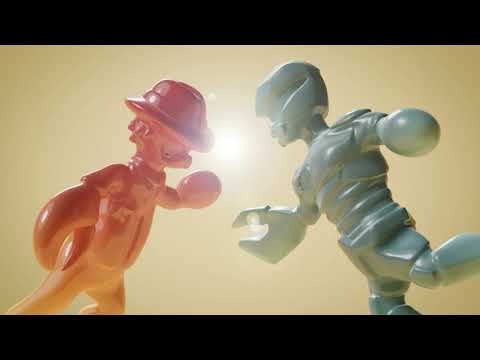 "We have made more than 30 updates since we first launched Gumslinger," says Itatake’s Mattias Granat. "That means a lot of added content and features that wasn’t available two years ago, and this update is by far the biggest we have ever done! We are keeping the core gameplay-fun but have redesigned the way you progress and added a bunch of different quests and improvements to maximize the entertainment, always putting our players first. We have also reworked the user interface from 2D to 3D which I think the players will appreciate a lot. Now you really get to see and feel the Gumslingers in all their jellyness!"

If you're eager to join in on all the fun, Gumslinger is available to download on the Google Play Store for Android devices and on the iOS App Store. It's a free-to-play game with in-app purchases. You can also have a look at the embedded clip above to get a feel of the new update.

Are you on the hunt for more similar titles that will put your skills to the test on your mobile device? Why not take a gander at our list of the top 28 best multiplayer games for Android phones and tablets?

Next Up :
Torque Drift 2 is an upcoming blockchain-based motorsport title made in partnership with Formula DRIFT