Itatake has launched a new major update for its mobile action game Gumslinger, adding a bunch of new content and features. The update is available now for iOS and Android devices.

The update introduces three new characters, a new level, a gun skin and a bunch of new celebrations and KO effects. There’s also a brand new game mode simply called Bosses. This is a mode where you duel big bad bosses such as Lobster Bob, Boss Orc, Reaper Boss, and their menacing minions. 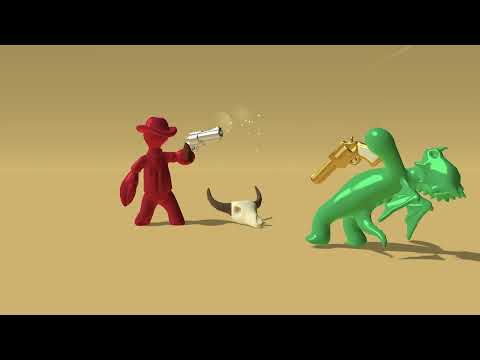 From time to time, you cross paths with one of these bosses and their minions and accepting the challenge means being prepared for a tough battle against them. If you manage to knock them out though, you will get a big reward.

The update also includes improvements made to idle mode alongside this new content.

Gunslinger launched a year ago and was popularly received for its intense duels against characters made of sweet jelly. Itatake releases regular updates for the gane, mixing content with new features, and the most recent patch is its biggest yet. More updates are planned for the future and the developer is always listening to players to understand what kind of content to prioritise.

“Since we keep a lot of players for a long time and still attract new ones, this update is an important step for us to prepare the game for coming updates,” says Mattias Granat from Itatake. “Adding more features will make the game even better and more valuable for both existing and new players.”

You can download Gumslinger now from the iOS App Store and the Google Play for Android store, where it is a free to play game with adverts and in-app purchases.

If you enjoy playing action games on your mobile phone, be sure to check out some of our favourite ones on iOS.
Next Up :
Princess Farmer combines match-3 puzzles with an engaging narrative, out now on iOS and Android